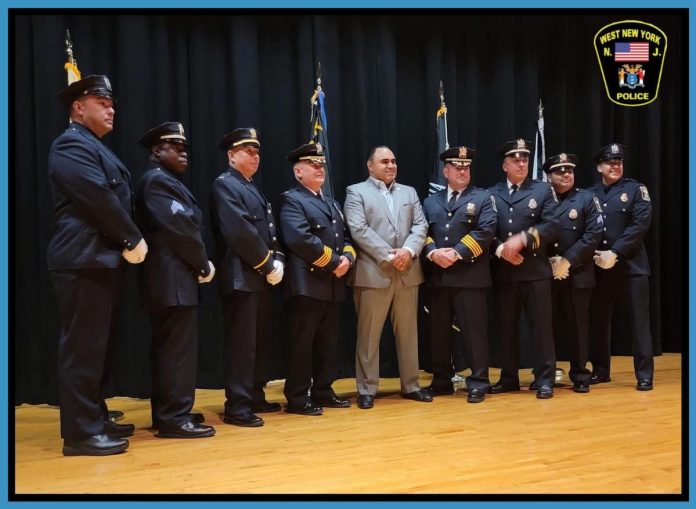 The West New York Police Department held a promotion ceremony for six officers this week.  Mayor Gabriel Rodriguez, the Board of Commissioners and the police congratulated each of the six men on their achievement.

The officers promoted are as follows:

Well deserved honors for all.