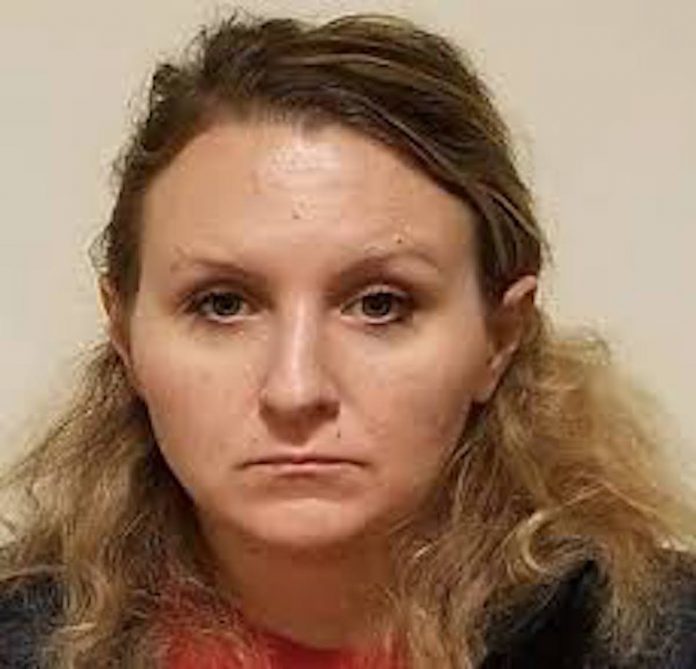 Secaucus Police Chief Dennis Miller today reported the successful conclusion of an investigation which resulted in the arrest of a former office manager at a Secaucus company.   The woman has been charged with stealing over a million dollars from the company.

According to the Chief, on August 28, 2020, a representative of Firetronics, located on Wood Avenue in Secaucus, reported that he recently noticed theft from his bank account that stems from May 22, 2017 through June 30, 2020. He stated that there have been large sums of money electronically withdrawn from his account.

Detective Aniello Schaffer and Police Officer Sean Egan of the Secaucus Police Detective Division conducted a tedious follow up investigation over a several month span. In total, over $1.1 million was stolen from the company.  During the investigation, Sophia Diakomihalis, a former Office Manager of Firetronics for approximately eight years, was identified as the person responsible for committing the theft.

With the assistance of the Trial Investigations Unit from the Brooklyn, New York District Attorney’s Office, a search was conducted at Diakomihalis’ residence in Brooklyn, New York earlier today.  During the search, additional evidence related to this crime was seized.  Diakomihalis was arrested and is being held in New York, pending extradition to New Jersey.

“The effort put into solving this case demonstrates that the Secaucus Police Department is committed to investigating all crimes that victimize any resident of Secaucus, including commercial businesses,” Chief Miller said.  “I want to personally thank the Trial Investigations Unit of the Brooklyn, New York District Attorney’s Office for helping the Secaucus Police Department extend its reach across state lines to make this arrest and gather additional evidence against the suspect.”

The 35-year old Diakomihalis has been charged with three counts of 2nd Degree Theft [2C:20-3a] and one count of Criminal Attempt to Commit 2nd Degree Theft [2C:5-1/2C:20-3a]. These charges are merely accusations and the defendant is presumed innocent until proven guilty.