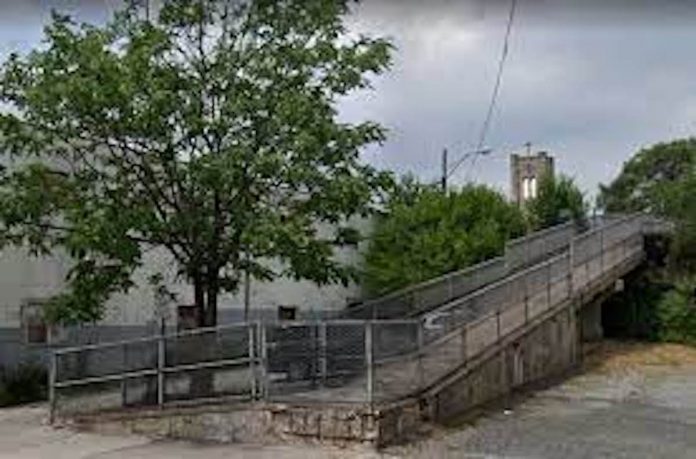 Work to Start in Bayonne on 25th Street Pedestrian Bridge

Mayor Jimmy Davis announced that work will start in June on replacing the 25th Street Pedestrian Bridge in Bayonne.  That bridge enables pedestrians to walk over the railroad gap that separates Avenue E and Prospect Avenue.  Mayor Davis said, “The current bridge has needed to be replaced for a long time.  We are grateful to the State of New Jersey for providing the majority of the funding needed to complete this important project.”

Grade Construction is the building contractor for the $2.6 million project.  The State of New Jersey’s i-bank (infrastructure bank) is providing $2.15 million for the bridge.  The rest of the funding comes from City of Bayonne municipal bonds.

The existing bridge will be removed, then replaced by the new one that will be compliant with the Americans With Disabilities Act (ADA).  The current bridge has a steep walkway over the freight train and Light Rail tracks.  The replacement bridge will have an elevator on each side that will provide an easier passage for the handicapped between the two avenues.  The new bridge will also have steps on both sides that will lead to a flatter walkway than exists on the current bridge.

During the new bridge project, the existing bridge will be closed to pedestrian traffic, so that the current span can be demolished, along with its approaches and abutments.  Work zones will be established on both side of the bridge.  Mayor Davis said, “We are sorry for the temporary inconvenience that will result from demolition and construction.  When the new bridge is completed, it will be a great asset for our community, especially for our East Side residents.”

Completion of the bridge project is expected at the end of 2021 or in early 2022.