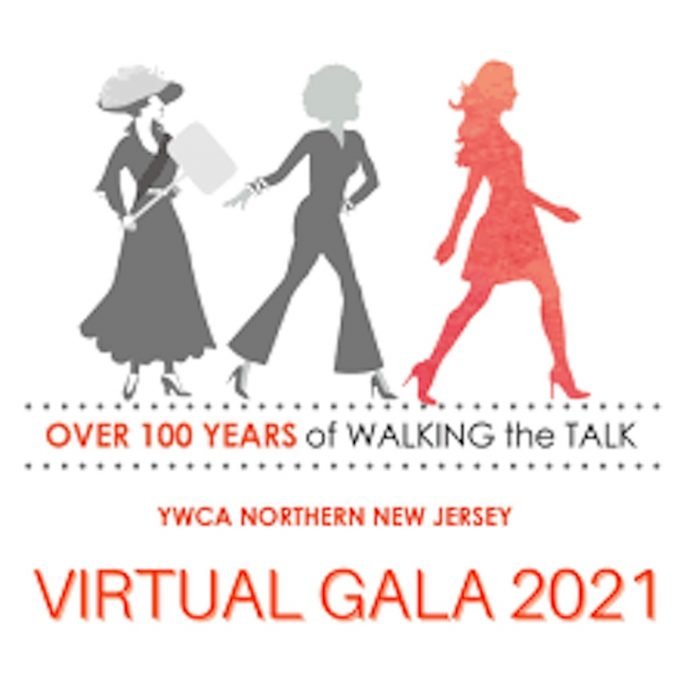 Event to be hosted by: Marci Hopkins, “Wake Up with Marci”

The YWCA Northern New Jersey is proud to host our virtual “Walking the Talk Gala 2021”, which is set for Wednesday, November 10th at 7:00 p.m.

This year’s guest host will be YW Board Member Marci Hopkins, an award-winning TV Personality; host, show creator and executive producer of “Wake Up with Marci.” The event will showcase some of today’s most accomplished community leaders and invites guests to virtually celebrate the essential programs and services that YWCA Northern New Jersey supporters make possible to improve the lives of women, girls, and families.

We are proud to announce the following honorees:

Ms. Grewal Virk provides leadership and oversight to system-wide community health initiatives in her role at Hackensack University Hospital. She was born and raised in a diverse community in Bergen County. Both of her parents migrated from Punjab, India. Ms. Grewal Virk graduated from Seton Hall University, majoring in criminal justice, and went on to earn her Master’s in corporate and organizational culture, an MBA with a focus on marketing, and a PhD in health and medical sciences. She is also active on the political circuit and has been involved in multiple campaigns including those for Senator Cory Booker, Senator Robert Menendez, and Secretary Hillary Rodham Clinton. Grewal-Virk and her husband, Yoginder, have two young children.

A lawyer, activist, speaker and writer, Lauren works to combat violence against women and young people in everyday life, online and in the legal arena. Committed to creating lasting change in the fight against gender violence, starting at the earliest ages — through practical education about the real-life situations that young people today face. Her passion for these issues started at the Kings County District Attorney’s Office, where Hersh prosecuted a wide range of cases impacting women and girls. Realizing that sex trafficking cases were going unrecognized, she led the charge in 2009 to create one of the first Sex Trafficking Units in the United States.

Lauren moved into the nonprofit world marked a shift from helping victims recover to a focus on prevention and hope. In 2016, where she cofounded the national coalition World Without Exploitation to end human trafficking and sexual exploitation. She also is the creator of the Teen Leadership Initiative, a high school program that has engaged young activists in this fight. Today, her speaking platform UNsilence takes her around the world, to engage deeply with young people, parents, educators and professionals about the tough issues we are all facing today.

As President of the NCBW Bergen/ Passaic Chapter since 2017, Paula leads the chapter’s mission to advocate on behalf of Black Women and girls. Paula pushes the NCBW to continue striving towards their goal to advocate issues that impact health, education, economic empowerment, leadership development and gender equity for Black women and girls.  The goal over the next 2 years will be to: expand our presence in Passaic county, increase awareness of the political process through a greater understanding of voting rights, encourage more women of color to get involved in the political process, empower individuals to advocate for public policies that affect the communities where we live, continue to raise awareness on health issues such as Heart Disease, HIV/AIDS and Childhood obesity, Support STEM and STEAM activities for girls; and promote economic awareness through wealth building and homeownership.

Dr. Pernell is a physician leader and social change agent. In her public health practice, her focus is health justice, community based advocacy, and population wide health promotion and disease prevention. She has worked with union leaders, and frontline workers, and partners across NYC healthcare institutions. Her efforts are centered around work place health strategies, worker empowerment, health equity, and health system transformation. Dr. Pernell is a fellow of the American College of Preventive Medicine and holds an appointment as a Clinical Assistant Professor at Rutgers New Jersey Medical School.

Senator Booker was born April 27th, 1969 to civil right activists in Washington D.C. Booker attended Stanford University as well as Yale Law School, and became a politician in Newark, New Jersey. Booker became the mayor of Newark and committed his time in reducing the crime rate and enhancing the education system in the city. Overall Cory was able to boost the economy, reduce the crime rate, expand affordable housing opportunity’s and enhance the educational system.  His advocacy has immensely helped the city of Newark by reforming the criminal justice system as well as protecting the Affordable Care Act, while continuing his mission in lowering cost and expanding on  economic policy.  In October 2013, Cory Booker won a special election to represent New Jersey in the United States Senate. In November 2014, he was re-elected to a full six-year term. Senator Booker presently sits on the Judiciary Committee, the Foreign Relations Committee, the Environment and Public Works Committee, and the Small Business Committee.

“This year’s honorees lend a powerful voice around social justice, education and women’s empowerment issues, and their partnership with the YW has been invaluable says, YWCA Northern NJ CEO, Helen Archontou. “We’ve had the opportunity to collaborate with them on initiatives that open doors for women, especially women of color both personally and professionally, preventing sexual violence, and supporting survivors.  We appreciate all that they do to empower all women and girls to become leaders, and their daily work to end injustice and inequality in our communities.”

Learn how to become a sponsor, buy and ad journal, or purchase tickets by visiting us at https://app.mobilecause.com/e/KjVe5Q?vid=lyh5m .  For further information contact Director of Fund Development Amy Sokal at asokal@ywcannj.org or

YWCA Northern New Jersey is dedicated to eliminating racism, empowering women, and promoting equality for all. We operate healingSPACE, Bergen County’s only Sexual Violence Resource Center (hotline: 201-487-2227), and are a leading provider of year-round child care, and wellness programs for all ages. Our 100 th year kicked off the expansion of our service area to include Essex, Hudson, Morris, and Passaic counties and our continued commitment to Bergen. We improve the lives of thousands of women, girls, and families with the generous support of our donors. Learn more by visiting ywcannj.org, following @ywcannj on social media, and downloading the healingSPACE app from your app store.