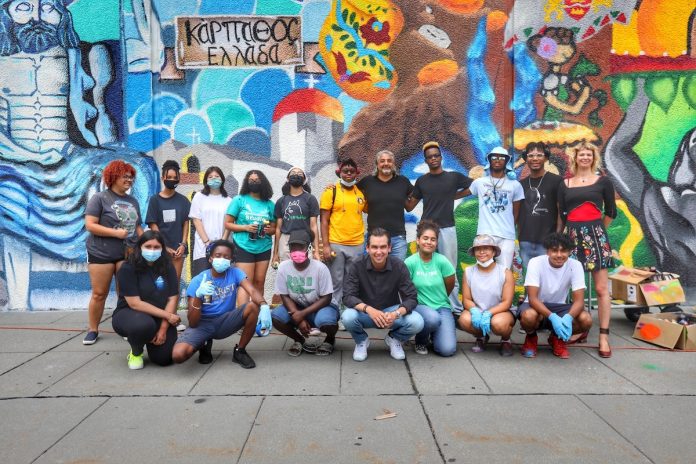 Jersey City Mayor Steven Fulop visited the city’s Mural Arts Youth Summer Program this morning at Ferris High School on Christopher Columbus Drive.  The Mayor witnessed what the city’s youth have been working on for weeks to help beautify their community. 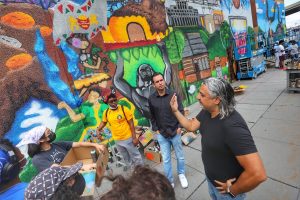 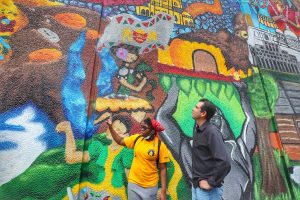 Young artists from the ages of 14 to 24 put the finishing touches on their work of art, a 100-foot long mural whose theme is Jersey City’s Sister Cities.  The artists coupled their creative process with research of the 22 sister cities , which was then incorporated into the mural.  A city press release stated, “This included a series of virtual conversations with representatives from these worldwide cities as part of the mural design creation process. The young artists were then led by professional mural artists where they were given step-by-step instruction on public art techniques.” 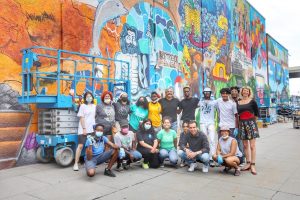 The reason behind the creation of the mural was simple, according to the city.  “Jersey City has utilized our expansive mural program as an evidence-based approach to fund the creative economy and reduce illegal graffiti while bringing history, character, and global art to enliven previously ignored spaces.  The JCMAP Youth Program strengthens their skills and enhances the professionalism and employability of Jersey City’s emerging young artists.”