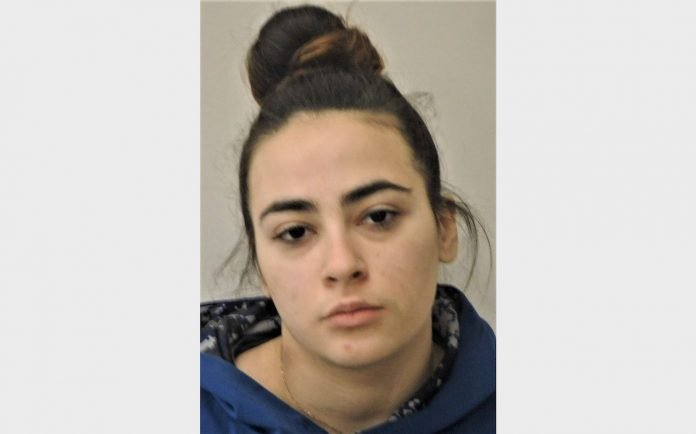 Bergen County Prosecutor Mark Musella announced the arrest of DILAYDA AKSOY (DOB: 10/16/2001; single; make-up artist) of Cliffside Park, NJ, on a charge of Endangering The Welfare Of A Child.  The arrest is the result of a joint investigation conducted by the Bergen County Prosecutor’s Office under the direction of Chief Robert Anzilotti and the Edgewater Police Department under the direction of Chief Donald Martin.

On Thursday, February 17, 2020, the Edgewater Police Department contacted the Bergen County Prosecutor’s Office Special Victims Unit regarding the sexual assault of a 13-year-old juvenile on multiple occasions by 19-year-old Khaled Khalil, who was charged on Wednesday, February 19, 2020, with one count of Sexual Assault, in violation of N.J.S.A. 2C:14-2C(4), a 2nd degree crime; and one count of Endangering The Welfare Of A Child, in violation of N.J.S.A. 2C:24-4A, a 3rd degree crime.  An investigation revealed that DILAYDA AKSOY was aware of the sexual abuse, provided alcohol to the juvenile on multiple occasions, and smoked marijuana with the juvenile.

As a result of the investigation, DILAYDA AKSOY was arrested on Monday, February 24, 2020 and charged with one count of Endangering The Welfare Of A Child, in violation of N.J.S.A. 2C:24-4A, a 3rd degree crime.  She was released with conditions following a first appearance in Central Judicial Processing Court in Hackensack, NJ on February 25, 2020.

Prosecutor Musella states that the charge is merely an accusation and that the defendant is presumed innocent unless and until proven guilty beyond a reasonable doubt, and he would like to thank the Edgewater Police Department for its assistance in this investigation.