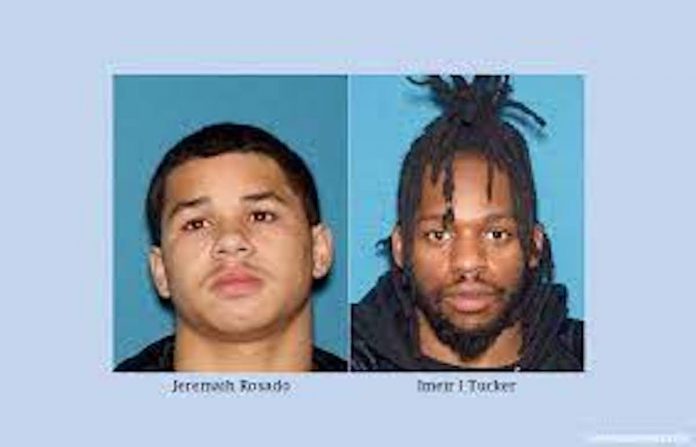 Passaic County Prosecutor Camelia M. Valdes and Paterson Police Chief Ibrahim Baycora announce that based upon an investigation by the Paterson Police Department, in conjunction with the Passaic County Prosecutor’s Office, Jeremaih Rosado, 18-years old; and Imeir I. Tucker, 24-years old; both from Paterson, were arrested on July 6 and July 8, 2021, respectively, in relation to the homicide that took place on July 3, 2021, at 159 Franklin Street in Paterson, New Jersey. Mr. Rosado and Mr. Tucker are both charged with Murder, first degree; Conspiracy to Commit Murder, first degree; Possession of a Handgun for an Unlawful Purpose, second degree; and Unlawful Possession of a Handgun, second degree.

At approximately 10:02 p.m. on Saturday, July 3, 2021, members of the Paterson Police Department were dispatched to 159 Franklin Street in Paterson, New Jersey in response to a report of shots fired. Upon their arrival, officers located Juan Garcia, 28-years-old from Paterson lying on the sidewalk with apparent gunshot wounds. Paterson Police Officers immediately began providing medical attention to the victim and requested an ambulance. Upon the arrival of medical personnel, Mr. Garcia succumbed to his injuries and was pronounced deceased at the scene.

The State has filed motions for pretrial detention that will be heard by a Superior Court Judge.

Criminal complaints are merely an accusation. Despite these accusations, defendants are presumed innocent unless and until proven guilty beyond a reasonable doubt.