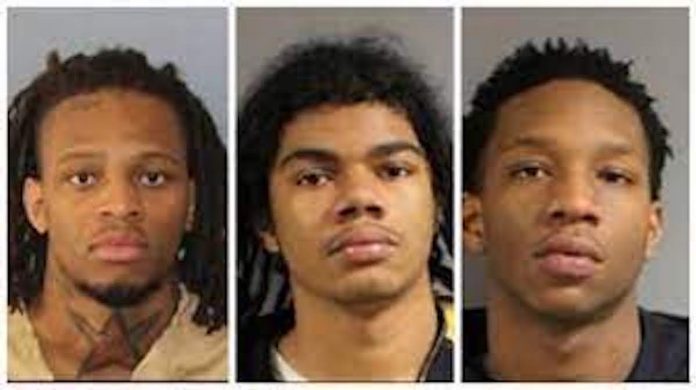 Newark – Acting Essex County Prosecutor Theodore N. Stephens, II and Newark Public Safety Director Anthony F. Ambrose, III have announced that three males have been arrested in connection with the March 9, 2021 shooting death of Dedric Bracey, 22 of Newark. Shortly before 4:00 pm, Newark police officers responded to reports of a shooting in progress on St. Paul Avenue. Arriving officers located the victim, who was suffering from multiple gunshot wounds. Bracey was transported to University Hospital, where he was pronounced dead at 4:35 pm. Information developed at the scene indicated that the suspects fled in a dark colored SUV.

The suspects have been lodged in the Essex County Correctional Facility pending detention hearings.

The charges against these individuals are merely accusations. They are presumed innocent until proven guilty.