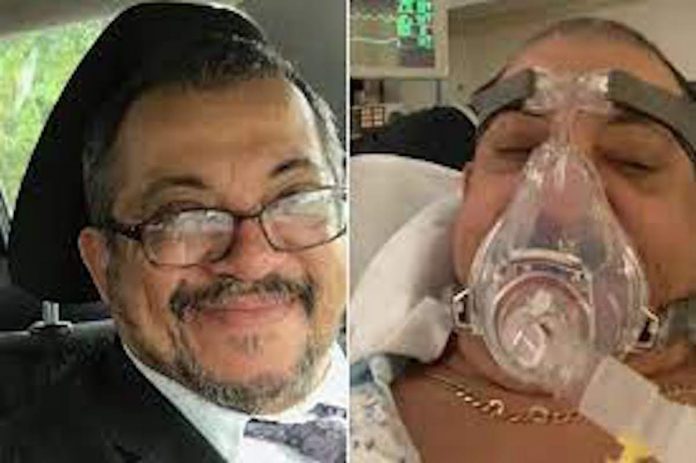 An Edison, New Jersey man, 52-year old Francisco Cosme, is in critical condition at John F. Kennedy Medical Center in Edison with COVID and pneumonia despite getting the Johnson & Johnson COVID vaccine on March 6.  Meanwhile, both his wife and son, who also received the J&J shot, have also tested positive for the coronavirus, as have their grandchildren who visited them before they knew they had contracted the virus.

According to Cosme’s wife Laura Eugene, her husband starting feeling ill almost one month after getting vaccinated and doctors at the hospital don’t know why.  Earlier today the FDA and CDC recommended that the Johnson and Johnson vaccine be pulled after six women developed blood clots following the vaccination.  One of those women died, another is hospitalized in critical condition as of this writing.

Why Cosme began feeling ill on March 30 is a mystery.  During clinical trials, the Johnson and Johnson efficacy rate was reportedly 72 percent, but it was better at keeping people who did become sick from being hospitalized.  Meanwhile, Johnson and Johnson suffered a major setback prior to this morning’s CDC and FDA recommendation.  The New Jersey-based company announced Friday there was a contamination at its Baltimore facility.

As a result, J&J lost millions of doses of the vaccine.  This week’s production rate is expected to drop by 85 percent.  Johnson and Johnson was promising to provide 100 million doses nationwide by the end of May.

All in all, the past several days have not been good for the New Brunswick company.

Health experts continue to advise people, whether they have been vaccinated or not, continue to wear masks and remain socially distanced.