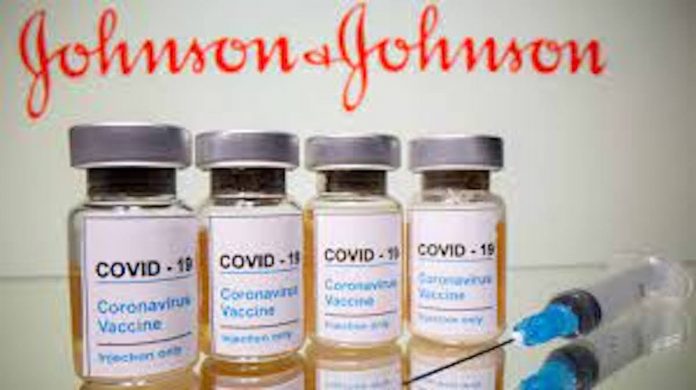 After word broke early this morning that the Food and Drug Administration, and the Centers For Disease Control and Prevention, were recommending that the Johnson and Johnson COVID vaccine should be placed on hold, Hudson County officials and health officials in the County’s municipalities have agreed not to administer, the one dose shot, at least for now.  The recommendation is based upon reports that the J&J vaccine may be connected to the development of serious blood clots in six women, one of whom died, while another was in critical condition early this morning, across the United States.

The clots developed within two weeks after each of the women had received the Johnson and Johnson shot.  A review panel will begin accessing the situation tomorrow.

In the meantime, Hudson County Executive Tom DeGise is erring on the side of caution and taking the advise of federal regulators and the County’s own medical experts.  DeGise announced this morning that the County-run site in Kearny, the Juneau Center, will continue to operate normally this week, as there were no scheduled J&J appointments.  The site will continue to administer Pfizer and Moderna vaccines as scheduled.  If you have an appointment in Kearny, you should keep it.

Elsewhere in the county, one by one, municipalities are announcing that Johnson and Johnson appointments are being cancelled.  Hoboken spokesperson Vijay Chaudhuri told Hudson TV that the Mile Square City has cancelled approximately 100 J&J appointments scheduled for this week through a local pharmacy.  The people who had the appointments are being offered the Pfizer vaccine at Hoboken University Medical Center instead.

Union City spokesperson Erin Knoedler informed Hudson TV that some Johnson and Johnson doses were administered to senior citizens yesterday, but there are no more J&J appointments scheduled this week.

Secaucus has cancelled this week’s J&J appointments t both the town Rec Center and at the local CVS Pharmacy.  In fact, CVS issued a statement saying it will be pausing the administration of the Johnson and Johnson vaccine at all of its stores for the time being.

Hudson TV has reached out to the other municipalities in the county and is awaiting replies, but chances are each town will be cancelling the Johnson and Johnson shot based on the federal recommendation.