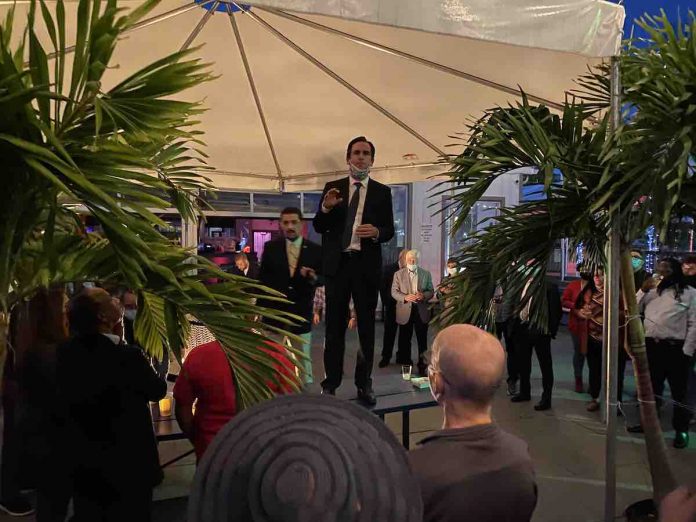 JERSEY CITY, NJ — Mayor Steven Fulop raised $150,000 last night at an outdoor fundraising event attended by over 100 supporters as well as numerous elected officials from throughout Jersey City. The new fundraising haul brings Mayor Fulop’s total cash on hand to nearly $1.4 Million between his individual and team campaign accounts, assuring him of a strong financial advantage against nearly any possible challenger in the 2021 election.

“Our team has been steadily raising money to prepare for next year’s campaign, and after this most recent event we’re very confident that we will have the resources needed to get our message out and run a strong operation across all six wards and in all neighborhoods of our city,” said Mayor Fulop. “We’re very proud of our record and want to continue seeing our city move forward and complete the many exciting projects we’ve begun that are improving quality of life, bringing more jobs and opportunities to our residents and setting Jersey City on a path towards becoming the best mid-sized city in America. I’m looking forward to next year’s race and to an even brighter future for Jersey City.”