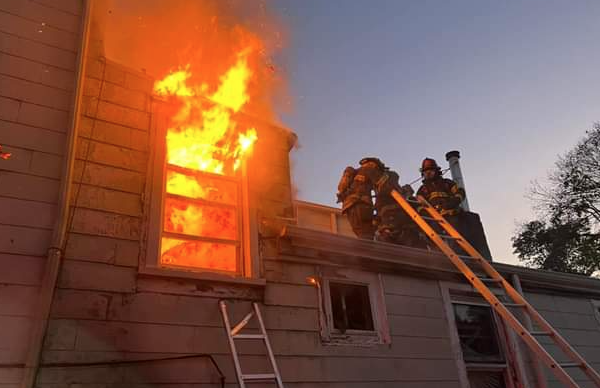 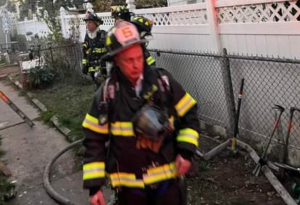 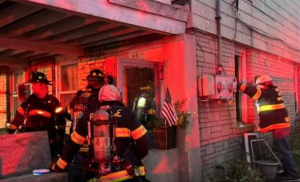 All of the occupants inside of the home were about to self-evacuate the building.  One person was treated for smoke inhalation and was transported by ambulance to a local hospital for treatment.

Chief Weaver adds that, “The building is temporarily uninhabitable.”  The displaced individuals are under the care of the Bayonne Office of Emergency Management and the Red Cross.

An investigation into the cause of the fire is underway, however, at the present time, it does not appear to be suspicious in nature.

Chief Weaver commended the work of his Department, saying, “the men and women of our Department, who relied on their training to act rapidly and efficiently to stop the spread of this fire quickly” prevented it from igniting neighboring structures.