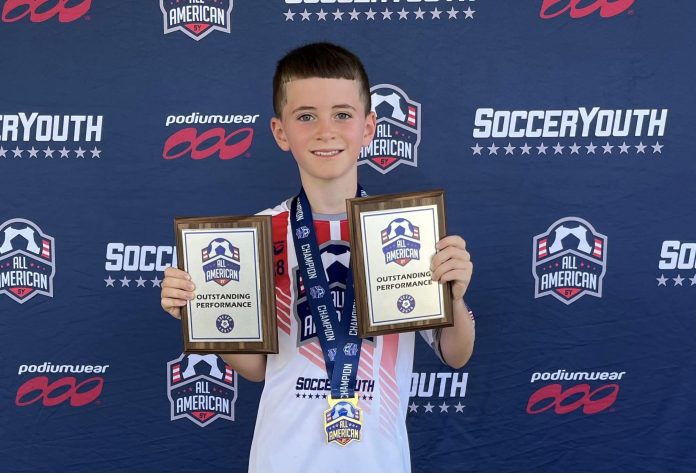 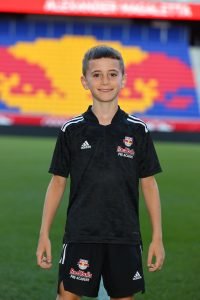 Becoming a professional athlete demands much from a person… talent, dedication, sacrifice, a bit of luck, courage, and lots and lots of hard work. Ryan Fernández embodies all these qualities.

Ryan Fernández at nine years of age currently begins his second season with the New York Red Bulls Pre-Academy team, and is well on his way to becoming a top professional soccer player. Ryan has been identified as one of the top young soccer players from the New York Metropolitan Area.

It’s no small task to make it into one of the New York Red Bulls elite youth teams, in fact, it’s very competitive and difficult. And for a young player embarking on a football career, or for that matter any sport, being part of an elite level sports preparation club, it’s of most importance.

The New York Red Bulls organization reach over 40,000 youth players annually through its many camps, clinics and weekly developmental training sessions within partner clubs throughout the New York metropolitan area. The organization seeks out and identifies the top one percent of young players from the area in the hopes of having them tryout for their Pre-Academy and Academy teams. Most recently, the Red Bulls have even begun scouting young players from all over the US. Out of that insurmountable number, approximately four hundred of the very best players are invited to tryout for the squad. At the end of three rounds of tryouts only twelve elite players are chosen for the team, and Ryan was one of the talented players to be offered a position. More impressively is the fact that Ryan has been playing one year up in age. A monumental achievement for any child.

But beyond his dedication to his sport, Ryan is an A+ student with perfect school attendance at Sara M. Gilmore Academy, a school for the gifted and talented in Union City, New Jersey. He is also an artist, an avid outdoors sportsperson, and a YouTuber. He loves sports commentating, with his favorite commentator being the legendary Ian Darke.

Recently Ryan returned from Mexico where he trained and played for a second summer in a row with Academia de Futbol ATLAS. This summer Ryan also traveled to the All-American Soccer Youth Tournament in Delaware, joining other elite players from all over the US and Canada, and where Ryan’s team were tournament champions and Ryan was awarded the Golden Boot for most goals scored, and the Golden Ball as the Tournament’s MVP.

Ryan is a product of the Union City Soccer Club, Union City Stars FC, Cedar Stars Academy, and the NY Red Bulls RDS program. He is highly sought after and it’s regularly invited to play in tournaments as a guest player with many teams, but he’s a Red Bulls Pre-Academy player first and foremost.

Ryan’s dream is to one day play in the NYRB first team, the US Men’s National Team and eventually in the Premiere League. Ryan’s future looks bright as he excels in both soccer and school.

When HudsonTV asked Ryan what he liked most about being part of the New York Red Bulls, he answered: “Everything!”