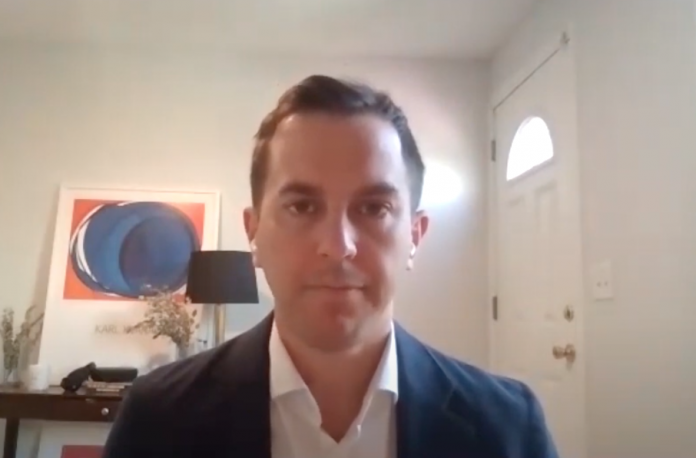 Rob Menendez, Jr. grew up watching his parents’ commitment to public service.  His mom as a teacher and his dad as a Mayor, State Legislator, U.S. Congressman and Senator.  An attorney, Port Authority Commissioner, husband and father, Rob is now seeking a seat in the U.S. House of Representatives.  He wants to give back and improve the community he has lived in his entire life.  He spoke with Jeff Henig about a variety of issues; everything from affordability to housing to education and transportation.

Menendez says the past two years have been very stressful for working parents due to the pandemic, and that needs to be addressed.  “The education and mental health of children and adolescents is vitally important at this time.”  He says people need to be assured that they can return to work in safe environments.

Additionally, the transportation needs of District 8 are critical.  Menendez wants the Gateway Project to move forward, which will create thousands of jobs, but he also believes increasing the mobility of people through bus and rail improvements, particularly energy efficient vehicles, has to be advanced.  While building a better infrastructure, Menendez says it has to be a “green” infrastructure which can withstand the next superstorm the area ultimately will experience.

With regard to law enforcement, police need resources to properly do their jobs.  Menendez believes defunding of police departments is not an option.

Rob faces two Democratic challengers in the June Primary Election for the nomination in District 8.  Incumbent Congressman Albio Sires is not seeking re-election.