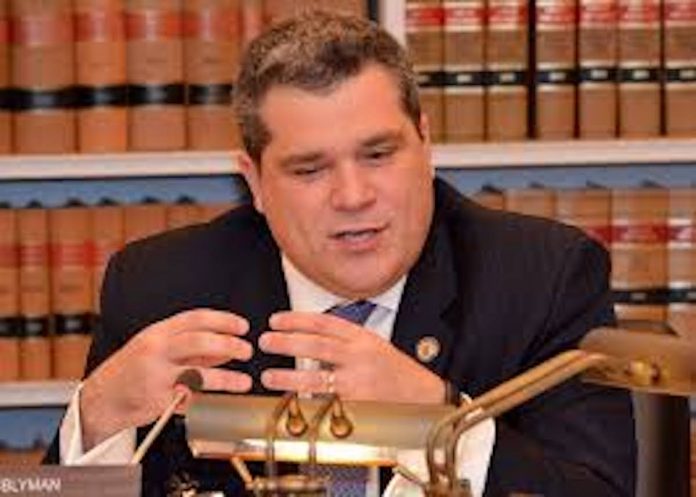 Democratic Assemblyman Nicholas Chiaravalloti of Bayonne (D – District 31) announced today that he will file petitions to run in the June Democratic Primary, despite not having the backing of the Hudson County Democratic Organization.  A few weeks ago Bayonne Mayor Jimmy Davis announced that William Sampson lV, a 32-year old longshoreman, crane operator and first time candidate, was the HCDO candidate for Chiaravalloti’s New Jersey Assembly seat.

The three-term Assemblyman and Majority Whip is running on his record.  In a statement Chiaravalloti said he is in public service because he loves his community and he wants to continue making Hudson County, Bayonne and Jersey City an even greater place to live and work.  He pointed to funding for Bayonne’s schools, raising the minimum wage, and the establishment of the Community College Opportunity Grant Program as just a few of his accomplishments during his Trenton tenure.

Shortly after the Assemblyman announced he would be running off line in the Democratic Primary, five, major labor leaders from New Jersey announced their endorsement for Chiaravalloti’s re-election.  The Daily Voice was the first to report the news, writing, “The five—SEIU 32BJ state director Kevin Brown, NJ CWA state director Hetty Rosenstein and her successor, Fran Ehret, Health Professionals and Allied Employees president Debbie White and state director Chris Whelan – called Chiaravalloti “an effective and skilled negotiator working across the aisle to build a stronger, healthier, and fairer New Jersey for all.”

“Together our unions represent almost 100,000 working people here in the State of New Jersey. In Hudson County, we represent thousands of constituents,” the labor leaders said in a letter to Democratic County Chair Amy DeGise. “Our union members are hardworking New Jerseyans who come from every walk of life – they are young and old; Black, white, and Brown; they are gay and straight; they are immigrant and US born. They are the backbone of this community and their voices matter.”

According to The Daily Voice, the labor leaders continued, saying, “Chiaravalloti has also broadly championed progressive legislation to further racial, economic, gender, education and immigrant justice in our state,” the five union officials said.  “Some of his key victories include a bill to eliminate mandatory minimum sentences, expansion of driver’s licenses to all regardless of immigration status, and several bills to protect disabled individuals and students.”

Upon receiving the labor leaders’ endorsement, Assemblyman Chiaravalloti tweeted, “This means a lot to me. The individuals who signed the letter represent some of the hardest working individuals you will ever meet. I am proud to be a supporter of hard working families and will stand with them – always.”

So, it appears residents in the 31st Legislative District of Bayonne and a portion of Jersey City will have a decision to make, as Assemblyman Nicholas Chiaravalloti is going to fight to retain his seat in Trenton, despite Mayor Davis’ wishes and the HCDO’s preference.