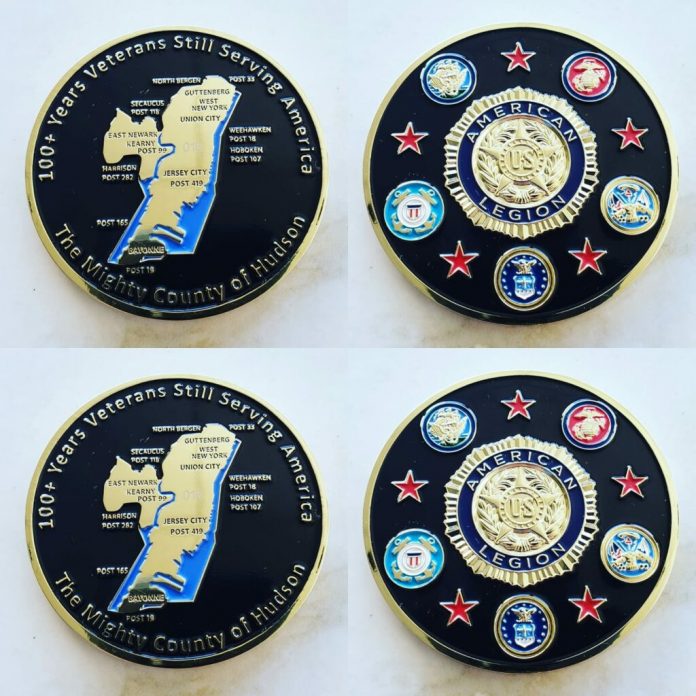 American Legion of Hudson County Commended for Its Community Leadership

The American Legion of Hudson County is grateful to have been recognized by the American Legion Department of New Jersey for its continued, longstanding service to Hudson County’s veterans and communities. Its Posts collectively brought home more statewide honors this year than those in any other county throughout the Garden State.

The American Legion of Hudson County is one of the most expansive organizations serving Hudson County, with an active membership whose renewal rate recently surpassed that of all its New Jersey counterparts. Its countywide presence is made possible by nine Posts, each serving as credible, community-based partners to all. Under the leadership of outgoing County Commander Jack Dunne, this successful record increased further with prestigious awards coming home to Posts in Hoboken, Bayonne, and north Hudson.

The American Legion Department of New Jersey awarded its 2020 Americanism Award to Tom Kennedy Hoboken American Legion Post 107 in honor its Homeless Veterans Home. Led by Post 107 Commander John Carey, this project provides six veterans with affordable housing and access to comprehensive human services. Post 107 began its road to affordable housing and homelessness response advocacy in the wake of Hurricane Sandy, when its former building was demolished. Phase Two of the project will see the creation of 18 additional housing units.

The American Legion Department of New Jersey awarded its 2020 Community Service Award to Weehawken American Legion Post 18 in honor of its Community Health Initiative. Positioned for success by outgoing Post 18 Commander Christopher Page, Post 18 is at the forefront of efforts to expand community health and wellness services throughout north Hudson, in 2019 offering the area’s first ever Mental Health Day, its first ever Women’s Wellness Day, and events for families of children with disabilities. Host to the North Hudson Partnership, Post 18 continues to connect north Hudson’s veterans and communities with critically needed services.

Two members of Post 18 were further commended by the American Legion Department of New Jersey.
Brett D’Alessandro earned the 2020 Homeless Veterans Outreach Award for his efforts to address homelessness. Backpacks For Life, which he founded to resource veterans in crisis, now operates throughout New Jersey.