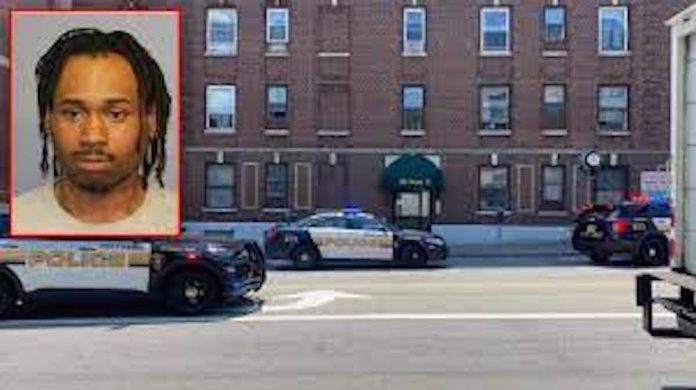 Passaic County Prosecutor Camelia M. Valdes and Paterson Police Chief Ibrahim Baycora have announced that based upon an investigation by the Paterson Police Department, in conjunction with the Passaic County Prosecutor’s Office, Jasmir Cleaves, 32-years old from Paterson, was arrested on August 6, 2021, in relation to the homicide that took place earlier that day at the YMCA located at 128 Ward Street in the City of Paterson.   Mr. Cleaves is charged with Murder, first degree; two counts of Possession of a Knife for an Unlawful Purpose, third degree; and two counts of Unlawful Possession of a Knife, fourth degree.

On Friday, August 6, 2021, at approximately 12:09 p.m., members of the Paterson Police Department were dispatched to the YMCA located at 128 Ward Street in Paterson, New Jersey in response to a report of a stabbing. Upon their arrival, officers located the victim, Gabrae Sams, 29-year-old from Paterson, lying on the hallway floor with apparent stab wounds. Paterson Police Officers immediately began providing medical attention to the victim and requested an ambulance. Mr. Sams was transported to Saint Joseph’s University Medical Center where he succumbed to his injuries and was pronounced deceased.

The subsequent investigation revealed that Mr. Cleaves was the individual responsible for the murder of Mr. Sams. Mr. Cleaves was arrested on August 6, 2021, at approximately 6:46 p.m., following an interview by the Paterson Police Department at Police Headquarters.

A criminal complaint is merely an accusation. Despite this accusation, defendant is presumed innocent unless and until proven guilty beyond a reasonable doubt.