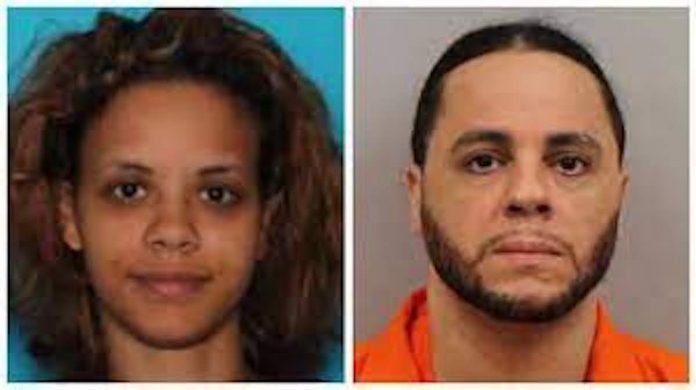 ARRESTS MADE IN CONNECTION TO THE SEPTEMBER 14, 2021 HOMICIDE AT 250-252 VAN HOUTEN STREET IN PATERSON

Passaic County Prosecutor Camelia M. Valdes and Paterson Police Chief Ibrahim Baycora announce that based upon an investigation by the Paterson Police Department, in conjunction with the Passaic County Prosecutor’s Office, and the United States Marshals’ Fugitive Task Force, Marc DeJesus, 44-years old; and Cassandra Ramirez, 32-years old; both from Paterson, were arrested on September 24, 2021 in connection to the homicide that took place on September 14, 2021, at 250-252 Van Houten Street in Paterson, New Jersey. Mr. DeJesus and Ms. Ramirez are both charged with Murder, first degree; Possession of a Handgun for an Unlawful Purpose, second degree; and Unlawful Possession of a Handgun, second degree.

At approximately 8:13 p.m. on Tuesday, September 14, 2021, members of the Paterson Police Department were dispatched to the area of Van Houten Street and Straight Street in response to a report of a shooting. Upon their arrival, officers located Hector Guzman, 60-years-old from Paterson, lying in the roadway in front of 250-252 Van Houten Street with an apparent gunshot wound. Mr. Guzman was immediately transported to Saint Joseph’s University Medical Center in critical condition, where he succumbed to his injuries and was pronounced deceased at approximately 11:37 p.m.

The subsequent investigation revealed that DeJesus and Ramirez were the individuals responsible for the murder of Mr. Guzman. The couple were arrested on September 24, 2021, at approximately 9:30 a.m. by members of the Paterson Police Department, the Passaic County Prosecutor’s Office, the United States Marshals’ Fugitive Task Force, and the Barnegat Police Department in Barnegat, New Jersey. Upon the arrival of law enforcement, DeJesus jumped out of a second-floor window but was captured soon thereafter without further incident, and Ramirez was captured without any incident.

The State has filed motions for pretrial detention that will be heard by a Superior Court Judge.

Criminal complaints are merely an accusation. Despite these accusations, defendants are presumed innocent unless and until proven guilty beyond a reasonable doubt.