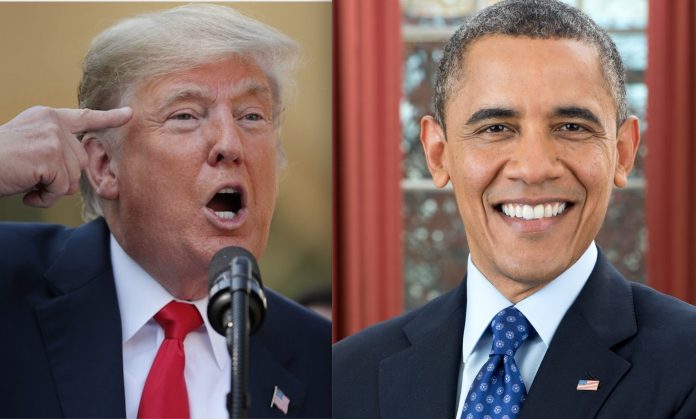 As President Donald Trump continues his efforts to completely dismantle Obamacare, Democrats in the United States House of Representatives on Monday voted to approve a major expansion of the healthcare law.  Nearly every Democrat in the House, along with two Republican members, voted to expand the law, which has long been one of the President’s main sticking points.

In all likelihood, the Democrats’ bill will die in the Republican-controlled Senate.  The measure would expand subsidies for private health insurance and encourage states who have not done so, to expand Medicaid and reverse the Trump Administration’s policies and efforts against the Affordable Care Act.

The bill passed on Monday by the House doesn’t go as far as likely Democratic Presidential nominee, former Vice President Joe Biden’s call, for a government-run, health insurance system.  It does not include a major expansion of either Medicaid or Medicare.  It does, however, contain a provision which would permit Dreamers, those undocumented immigrants who were brought to the United States as children by their parents, to qualify for government-supported health coverage.

Congressman Albio Sires (D – District 8), who voted for the bill, called the Patient Protection and Affordable Care Enhancement Act, issued the following statement.  “The coronavirus pandemic has emphasized the importance of robust, affordable, and accessible health care coverage, as the United States surpasses 2.5 million reported positive cases. The Affordable Care Act (ACA) expanded coverage to millions of Americans and for too long, the President and my Republican colleagues have continued their relentless assault on health care through their numerous attempts to repeal the ACA. I and my Democratic colleagues refuse to allow our constituents to have to forego care because they don’t have coverage or because they can’t afford treatment, which is why this bill is so important. H.R. 1425 would expand coverage, lower costs, increase financial assistance, reduce prescription drug prices, and strengthen protections for people with pre-existing conditions. I am proud to vote in favor of this legislation, because accessible, affordable health care coverage is non-negotiable, and I refuse to allow my constituents to have to make impossible choices with their health.”

According to a press release from Sires’ office, the Patient Protection and Affordable Care Enhancement Act would do a number of things to reduce the overall cost of health care for Americans, while ensuring that communities have access to the care they need. It would expand access to Marketplace subsidies and increase tax credits to lower insurance premiums, enable the government to negotiate lower drug prices, incentivize more states to expand Medicaid coverage, extend heath coverage for pregnant women and children, and reverses harmful efforts aimed at undermining coverage.

House Speaker Nancy Pelosi stated, “Make no mistake, a vote against this bill is to weaken Americans’ health and financial security during a pandemic.”

H.R. 1425 passed the House of Representatives by a vote of 234 to 179 and awaits further action in the Senate.