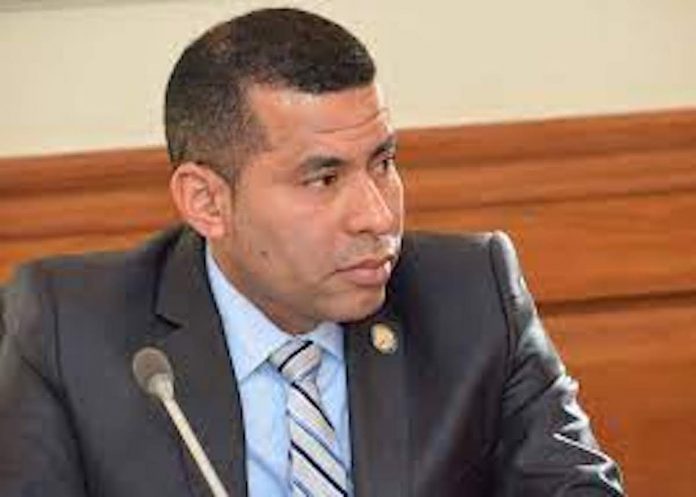 JERSEY CITY, N.J. — Assemblyman Pedro Mejia (D-32) is officially announcing that he will not seek re-election in the upcoming June Democratic Primary. Appointed to the seat in 2018 following the resignation of former Assembly Speaker Vincent Prieto, Assemblyman Mejia is currently serving his third full term and he is the first Dominican-American to serve in the New Jersey State Legislature.

With redistricting taking effect for the June Primary, Mejia of Secaucus, found himself without the backing of the Hudson County Democratic Organization, just as his fellow 32nd District Assemblywoman, Angelica Jimenez of West New York.  Secaucus and West New York were merged into the 33rd District, with the 32nd becoming Hoboken and a portion of Jersey City.  The same situation left veteran Senator Nicholas Sacco of North Bergen now a part of the 33rd District, where the HCDO chose to back Senator Brian Stack, with Sacco announcing his Legislative retirement after more than three decades in Trenton.

“Serving the people of the 32nd district in the State Assembly has been a wonderful honor and I am so proud of the difference we have made in the lives of the people of New Jersey,” said Assemblyman Mejia. “Due to the changes in the district lines, I will not be running for re-election this year. I am fully supporting the Hudson County Democratic Organization team of Senator Brian Stack, Gabe Rodriguez and Julio Marenco for Assembly and I know that they will do an excellent job for the people of our community. I would like to thank Senator Nicholas Sacco, Mayor Michael Gonnelli, Chairman Anthony Vainieri and all of the Democratic leaders and voters in the county for giving me the opportunity to serve as the first Dominican-American legislator in New Jersey.”

“Assemblywoman Chaparro and Assemblyman Mejia are distinguished public servants who have been important leaders in Hudson County,” said Chairman Vainieri. “We’re sad to see Pedro and Annette leave elected office, but we know that they will always be part of the HCDO team. The HCDO has a dynamic new group of Assembly candidates who are ready to work alongside Senator Brian Stack and Assemblyman Raj Mukherji to deliver for the people of Hudson County, and we’re looking forward to supporting them in the Primary.”

Mukherji is the HCDO Senate candidate in the new 32nd District.