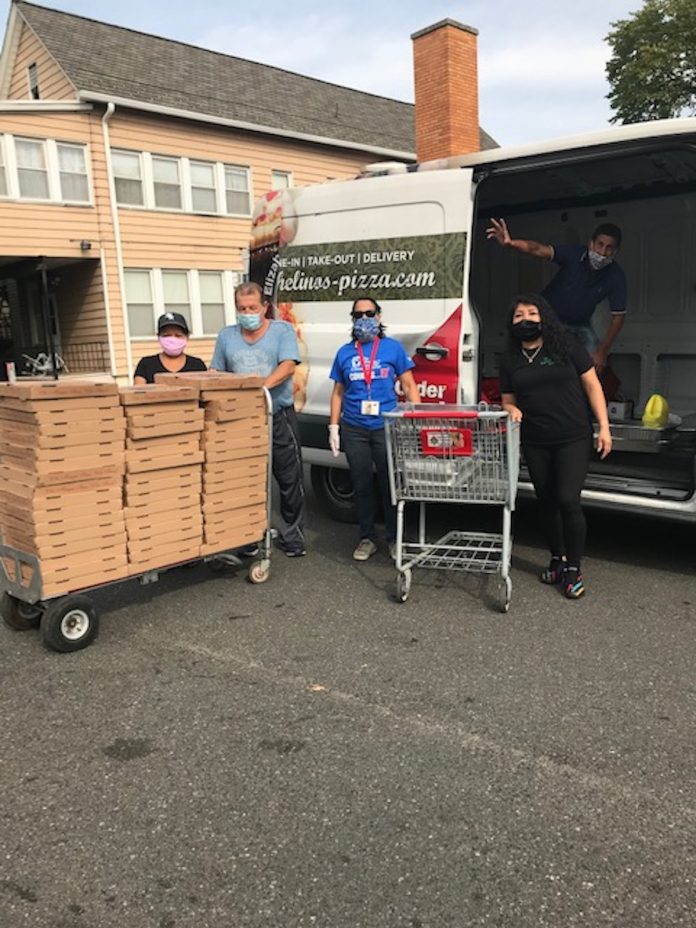 Over 2,000 Restaurant-Prepared Meals Served to Soup Kitchen Patrons Across 7 Counties During Second #FeedingFriday

This past Friday, local restaurants provided a combined 2,000 meals to soup kitchens across 7 New Jersey counties, to be enjoyed, free of charge. It was the second, monthly #FeedingFriday event organized by FeedNJ, the non-partisan campaign launched in April to fight COVID-19-related food insecurity statewide.

Several of these events were attended by elected representatives including Assembly Speaker Craig Coughlin, Assemblywoman Annette Chaparro of Hoboken, and Assemblywoman Yvonne Lopez.

“We all know someone who has been affected by food insecurity or income insecurity during this pandemic. Growing up, my family was always food and income insecure. People deserve to enjoy a warm, nutritious meal, and when it’s from a restaurant they know and love, and it’s free, that’s a really special feeling,” said Assemblywoman Chaparro, who was at Let’s Celebrate in Jersey City. “I’ve got to tip my cap to FeedNJ, Speaker Coughlin, Chairman O’Toole, and their generous donors who’ve made events like this, and these epic #FeedingFridays possible.”

FeedNJ is a campaign launched by SoupKitchen411, which, as its name suggests, provides information on the hours of operation and services of tri-state-area soup kitchens, and New Jersey Assembly Speaker Coughlin and Port Authority Chairman Kevin O’Toole. Though FeedNJ purchases food from local restaurants to be distributed across the state every week of the year, #FeedingFriday is a designated day of action on the last Friday of each month. August’s kickoff #FeedingFriday event served over 2,000 meals across four counties: Mercer, Middlesex, Monmouth, and Union.

“This month’s #FeedingFriday event saw over 2,000 meals purchased from 10 restaurants served to people in need,” said FeedNJ Board Member and donor Michael Graham, who was in attendance at St. John’s in Newark. “More Americans are food insecure than are without health insurance. The need has never been greater, so to date we’ve purchased over $150,000 worth of food from New Jersey restaurants to serve directly to New Jersey residents. I would like to thank all our donors for making this a possibility, and extend my gratitude to the tremendous work of our partnering soup kitchen volunteers and coordinators.”

FeedNJ is on track to raise over $1,000,000 by the end of the year. To date, the FeedNJ initiative has served over 25,000 meals statewide in an attempt to curb the ever growing hunger issue. To donate to FeedNJ or become a partnering restaurant or soup kitchen, email info@soupkitchen411.com. Donations can be made through www.soupkitchen411.com.