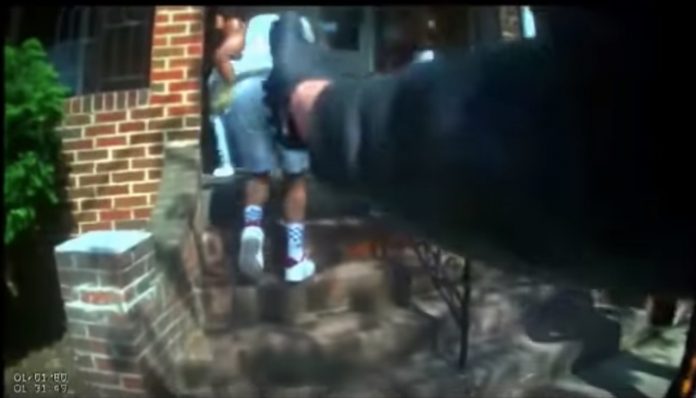 Camden, N.J. — Today, the Camden County Prosecutor’s Office, in consultation with the Office of the Attorney General and the Office of Public Integrity and Accountability, announced that a Woodlynne Police Department officer has been charged after he allegedly used Oleoresin Capsicum spray, more commonly known as OC spray, on two individuals without provocation.

Ryan Dubiel, 31, of Wenonah, was charged on June 10, with two counts of simple assault.

On June 4, at 1:30 p.m., video footage showed that at the time of the OC spray deployment, the individuals were not observed physically resisting or attempting to harm others or themselves. Officer Dubiel’s body worn camera footage will be made available on June 11 to allow time for the required redaction of juvenile participants.

“Our Special Prosecutions Unit received the Internal Affairs complaint against Dubiel on June 5 and immediately began collecting all of the evidence to conduct a thorough and impartial review of the complaint,” said Acting Camden County Prosecutor Jill S. Mayer. “After careful review, it was clear Dubiel’s actions are not consistent with the State of New Jersey use-of-force policy.”

Officer Dubiel has been with the Woodlynne Police Department for 10 months.  This is the ninth police department where he has served. Dubiel is currently suspended without pay.

“I commend Acting Prosecutor Mayer for acting swiftly to hold this police officer accountable for the appalling and completely unjustified use of force alleged in these criminal charges,” said Attorney General Gurbir S. Grewal. “This officer, who has worked for nine different police departments, is a strong example of why we need a statewide licensing program for police officers— a proposal that I initiated and that I will strongly support when it is presented later this month to the Police Training Commission. Just as we license doctors, nurses, and lawyers, we must ensure that all officers meet baseline standards of professionalism, and that officers who fail to meet those standards cannot be passed from one police department to another while posing a threat to the public and other officers.”