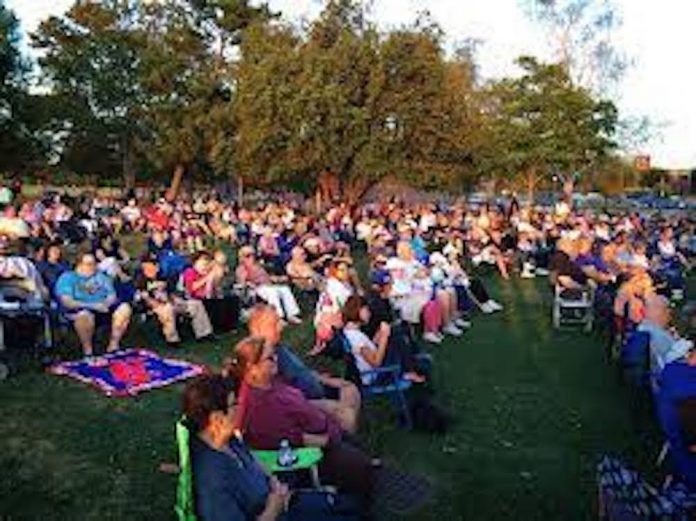 The Bayonne Division of Recreation has announced the 2022 Summer Sounds By the Bay Concert Series.  Weather permitting, each performance will be begin promptly on Wednesday nights at 7:00pm and held at the amphitheater on the lower level of DiDomenico-16th Street Park, which is located between Avenue A and Newark Bay.  The concerts are scheduled for Wednesdays from July 13 through August 17, with August 24 as a rain date.  “We are ready for a great summer.  We have a great lineup of music, and we are looking forward to seeing everyone enjoying the summer nights,” stated Pete Amadeo, Supervisor of Recreation.

The following concerts have been scheduled:

July 13 – Super Transam performs the music of the 1970’s, covering the songs of The Eagles, Hall and Oates, Queen, the Doobie Brothers, Paul McCartney and Wings, Peter Frampton, Foreigner, Kiss, Boston, and Journey, among others.

July 20 – The Winslow Eagles Tribute Band celebrates the music of The Eagles.  This powerhouse ensemble creates the live performance of The Eagles and the signature sound that made them one of the most successful musical groups of the ‘70’s.

July 27 – Long Live the Beatles, the longest-running Beatles show in the country, is an all-live musical event with an incredible, show-stopping impersonation of one of the greatest musical groups of all time.  The show recreates the sights and sounds of the Beatles from 1962 to 1970.

August 3 – AM Gold Yacht Rock is a New York City-based tribute band, performing the adult-contemporary hit songs from the late 1970’s through the mid-1980’s.  They cover the music of such artists as Hall and Oates, Steely Dan, Huey Lewis, Christopher Cross, Lionel Richie, and so many more.

August 10 – Lights Out Beach Boys combines the music of the Beach Boys with the smooth moves of Frankie Valli and the Four Seasons.  Sing along to the West Coast hits while you dance along with the moves created by one of the greatest groups to hit the musical landscape.

August 17 – The Amish Outlaws will surprise the audience constantly and keep everyone guessing as to what they could possibly play next, from Johnny Cash to Jay Z, Lady Gaga to Snoop Dog and Dr. Dre, Pitbull to Elvis Presley, Luke Bryan to Dropkick Murphy, to theme songs from the TV shows they have come to know.

August 24 – This rain date will be used as needed.  Depending on the weather, other rain dates may be announced.

On music days, in the event of inclement weather, please call 201-471-7590, or visit www.leaguelineup.com/bayonnerec, or view the City of Bayonne’s Facebook page to check on the status of that night’s performance.