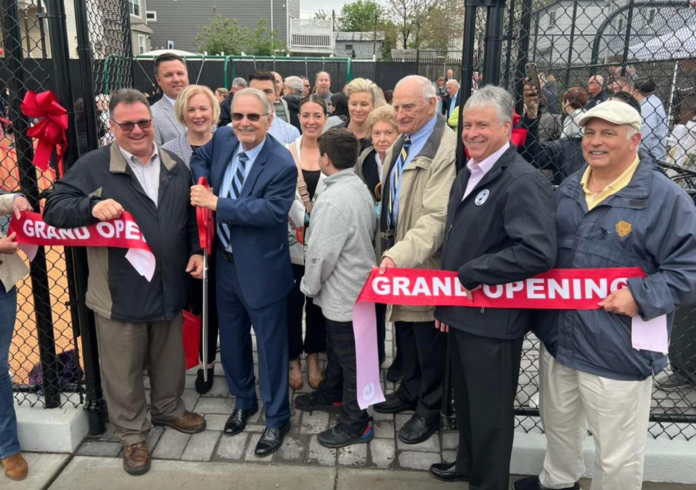 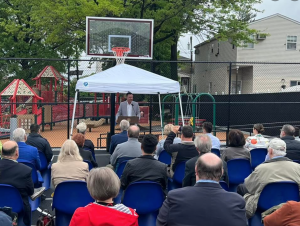 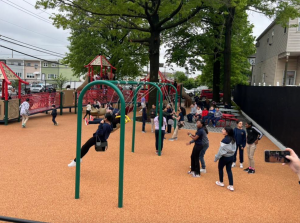 The refurbished park features basketball hoops, a playground with swings and safety matting, a jungle gym and benches. 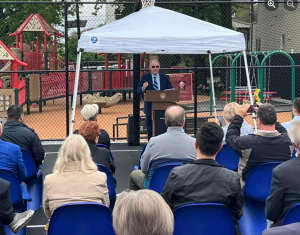 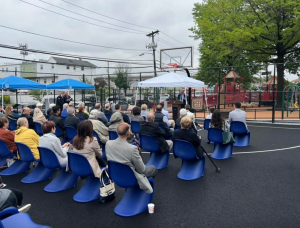 Mayor Davis went on to say that he is also very proud of the continuing work his administration is doing to improve city parks and open spaces.  “We continue to make history as we have improved so many of our parks, which hadn’t been touched in decades.”
Mayor Davis added that Bayonne’s next dedication ceremony in the coming weeks will be for Dr. Morris Park on Broadway at 47th Street.