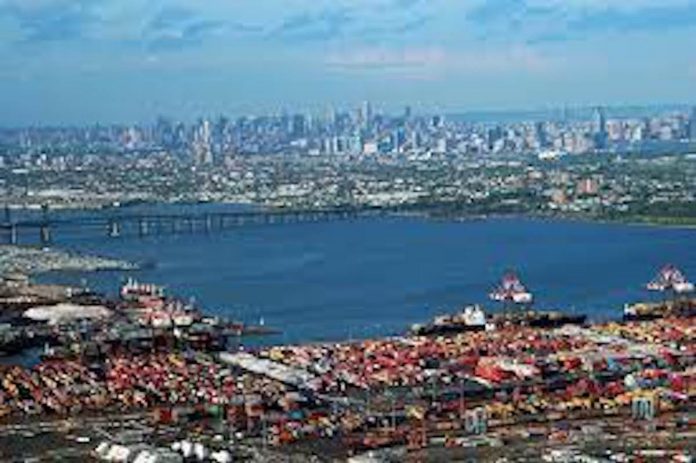 On Thursday, March 5, officials from the Hudson County Planning Department led a discussion about the possibilities for ferry service to and from the west side of Bayonne.  Meeting virtually, more than fifty people took part in the event.  The discussion included Hudson County officials, City of Bayonne representatives, real estate developers, Bayonne commuters, and others.  (Note:  Possible ferry service on Newark Bay – on Bayonne’s west side – is not to be confused with ferry service to New York that has already been planned between the former Military Ocean Terminal – on Bayonne’s east side.)

Kevin Force, Principal Planner from the Hudson County Department of Planning, cited several reasons for the county’s interest in ferries. Hudson County’s dense population, waterfront access, congested roadways, and crowded transit systems all point to the need to expand local transportation options.  Force polled meeting participants about the factors involved in taking a ferry.  The most important factor for participants was having a ferry that would travel to where they want to go.  The second most important factor for participants was the availability of ferries and their schedules.

Among the areas Hudson County officials are studying for possible ferry service are Bayonne’s west side (Newark Bay) waterfront; the Bayfront area on the west side of Jersey City; South Harrison; South Kearny; West New York; and Hoboken.

Force polled participants about the feasibility of different aspects of ferry service.  The group voted that the most important aspect was frequent service to their destination.  Factors that tied for second place were pedestrian access to ferries and ferry connections to multiple modes of transportation.

The county is examining possible ferry locations on the west side of Bayonne.  These possible locations include the former Texaco site at Bergen Point; the foot of West 5th Street; the former A&P property; and the lower level of DiDomenico-16th Street Park.

Participants mentioned various ferry destinations that would appeal to them.  The hoped-for destinations included Jersey Gardens Mall in Elizabeth, Manhattan, and Brooklyn.

Bayonne West Siders who took part cited various areas that they consider “underserved” by public transit.  One area mentioned was the neighborhood around West 16th Street.  Developer Ehab Gamal of Bayonne suggested two ferry stops for the west side of Bayonne:  the foot of West 16th Street and Bergen Point.  Gamal also advocated a shuttle to pick up ferry passengers.

Another developer, Gary DeBode, pointed out the importance of jobs expected at a future movie studio at the former Texaco property.

Bayonne residents involved in the meeting cited such factors as equity, affordability, and a focus on areas where residents have limited access to transit.  Force cited the success of NYC ferries between various neighborhoods in New York.  Those ferries, he said, operate with subsidies, and can offer fares of only $2.75, the same price as the bus and subway fare in New York.

Bayonne commuter Shavonn Mainor said that she would appreciate a quicker commute to New York from Bayonne.  She endorsed the idea of a shuttle to ferries.

Bayonne Nature Club member Mike Ruscigno said that ferries can be used for leisure activities.  He recalled the days when ferries from Brady’s Dock in Bayonne carried passengers to Sandy Hook.  Kevin Force responded that the county is looking at recreational ferry trips to the Jersey Shore, Jersey Gardens Mall, and Harrison for Red Bulls’ games and events at the Prudential Center.

Bayonne resident Marc K. called for ferries that would link up with other modes of transportation in New York.

Bayonne Planner Suzanne Mack thanked county planners for putting ferries for the Hackensack River and Newark Bay on the radar screen.  Kevin Force said that the ferry planned to run between the former Military Ocean Terminal and Manhattan was “an inspiration for us” to look at additional ferry options.

Force said that the comments from the Bayonne meeting and other recent meetings, plus the results of an online county survey, would be compiled and processed.  They will be shared with the public in an eventual report on the possibilities for new ferry services.