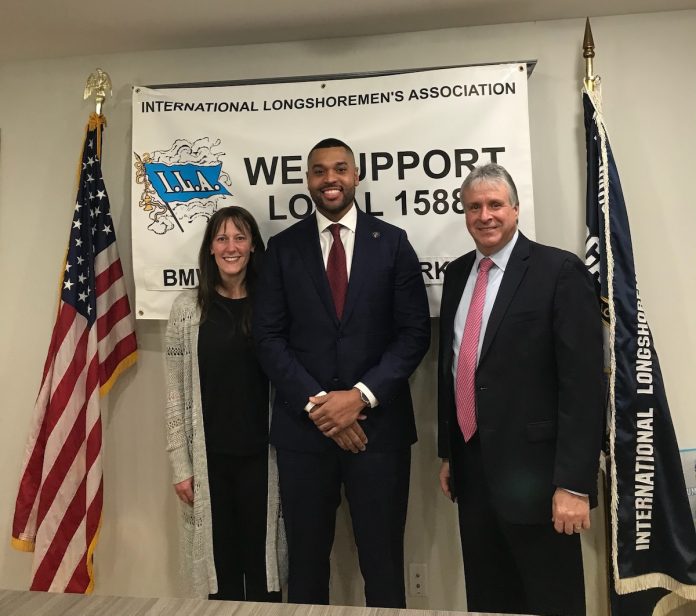 Mayor Davis informed the incumbent Assemblyman last month that he would not be supporting him for the HCDO nomination.  Davis has not stated why he is not supporting the Majority Whip for re-election.  For his part, Assemblyman Chiaravalloti has not discussed the issue publicly either, but it seems likely he will try to retain his seat, as he is holding a virtual fundraiser tonight.

“I am very happy and extremely privileged to introduce William B. Sampson IV as our candidate for State Assembly in the 31st District in this year’s election,” said Mayor Davis, “and I am looking forward to campaigning with Will and working with him to make both Bayonne and Hudson County the best they can be.”  Sampson, who graduated from Bayonne High School in 2007, is also a political liaison and holds several board committee positions for Local 1588.

“Will Sampson is someone who will bring a new energy, vitality and perspective to the State Assembly,” said Davis, “and is well equipped to serve as a 21st century leader for Bayonne and the entire 31st District.”