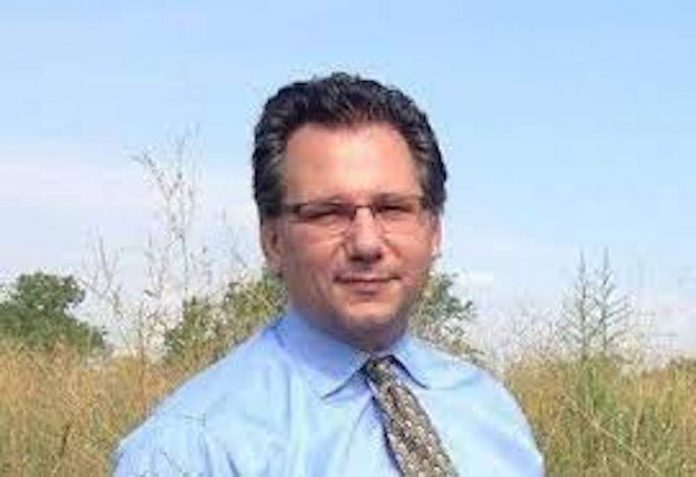 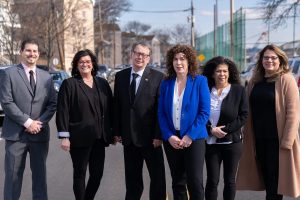 Photo Credit: Nadrowski Campaign              take control of the Board of Education last year, and that gave her running mates and BOE trustees Maria Valado and Jodi Casais the opportunity to pay back one of their biggest donors — Nadrowski campaign manager Joe DeMarco, the city’s former Administrator and Redevelopment Attorney.

The “America’s Future First” PAC spent over $88,000 on campaign mailings on behalf of Valado and Casias in the 2021 election, according to campaign finance reports. The PAC received a $2,600 contribution from DeMarco’s law firm, helping finance its efforts. At the February 23, 2022 Board of Education meeting, Casias and Valado, both now running for city council with Nadrowski, voted to give the Cleary Giacobbe Alfieri and Jacobs law firm of Matawan, where DeMarco is a partner, a lucrative school district contract that has already paid the firm over $40,000 so far this year.

“It’s completely hypocritical for Sharon Nadrowski to talk about transparency when she is being backed by Joe DeMarco and a shady web of multiple dark money Super PACs,” said Davis campaign spokesman Phil Swibinski.

Nadrowski has refused to identify who is paying for two secret “Dark Money” PACs that are conducting a vicious mudslinging campaign against Davis. One called “Dirty Davis” is closely affiliated with Nadrowski supporter Peter Franco, who was convicted of having sex with a child “by force and without consent” according to government records.

Another dark money group, “Committee to Advance New Jersey” has paid for two citywide mailings attacking Davis. Both committees operate in secret because federal campaign law allows them to hide their donors.

“Bayonne voters have a right to know who is funding Nadrowski’s sleazy campaign, but she refuses to come clean,” said Swibinski. “Are her multiple dark money PACs being funded by big developers looking to build in Bayonne neighborhoods? How can anyone trust that she will stand up for residents when she won’t reveal her financial backers? Bayonne voters deserve to know, and we will not stop working to expose Nadrowski’s shady network of dark money and pay-to-play.”

An email request by Hudson TV to the Nadrowski campaign seeking comment on the press release was not answered by our publication deadline.  However, a further examination of the Federal Election Commission website shows that the $2,600 donation referred to in the Swibinski press release by DeMarco’s law firm of Cleary Giacobbe Alfieri and Jacobs, was received on June 2, 2021 for the Primary election, not for the Board of Education election.