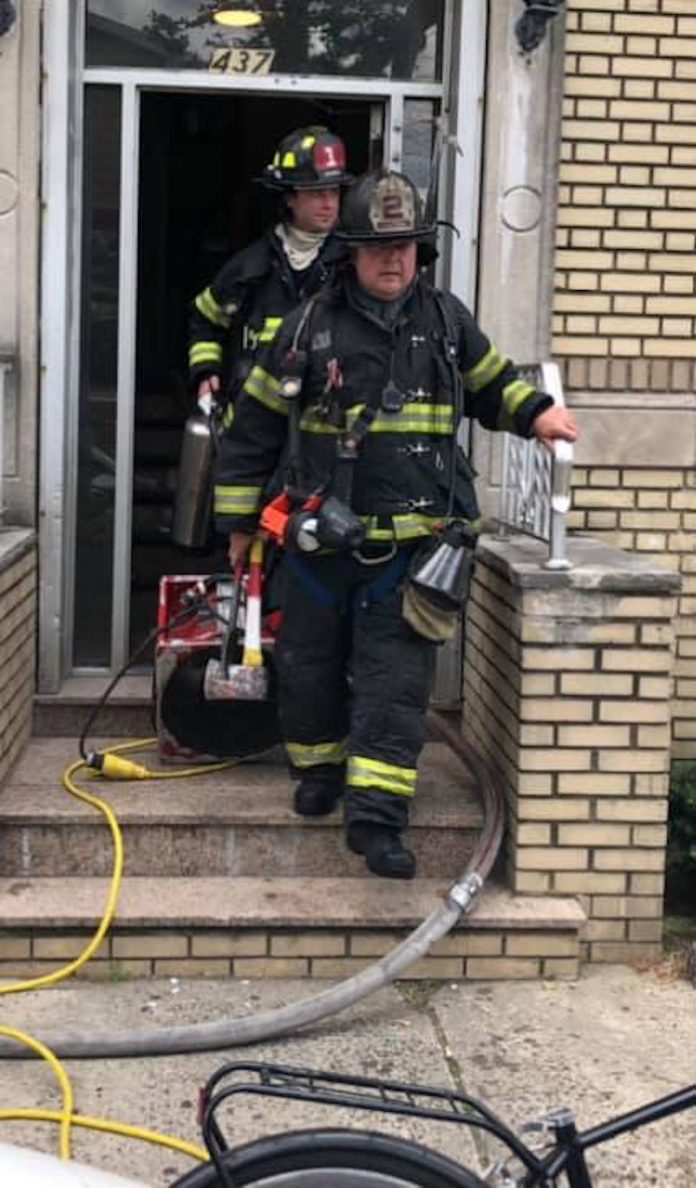 A one alarm fire on Kennedy Boulevard in Bayonne was quickly brought under control on Sunday afternoon, with no injuries reported and little, if any damage to the hallway involved in the four-story structure.

“At 2:55pm, BFD was dispatched to 437 JFK Blvd for a report of alarms sounding with a report of smoke in the building. Arriving units found smoke coming from the four-story apartment building. Firefighters found fire on a window sill in the stairwell leading to the roof and advanced a hose line to extinguish the blaze. All occupants of 437, 433, and 431 JFK were safely evacuated while firefighters operated on the one-alarm blaze. Firefighters worked quickly, in the high heat and humidity as the fire was declared under control at 3:21pm and all occupants were allowed to return to their apartments moments later. No injuries were reported and a fire investigation is currently underway.
Additionally, on behalf of Chief Weaver and myself, I would like to congratulate Captain Bob Bartos (TowerLadder2) on his retirement as he works his last shift today. Captain Bartos has served the residents of Bayonne for over 36 years as a proud member of this department. Even with just a few hours left in his final tour, Cpt Bartos was first in the building today, leading his men to the seat of the fire and working diligently and professionally for the citizens of Bayonne. Godspeed Cpt Bartos!”