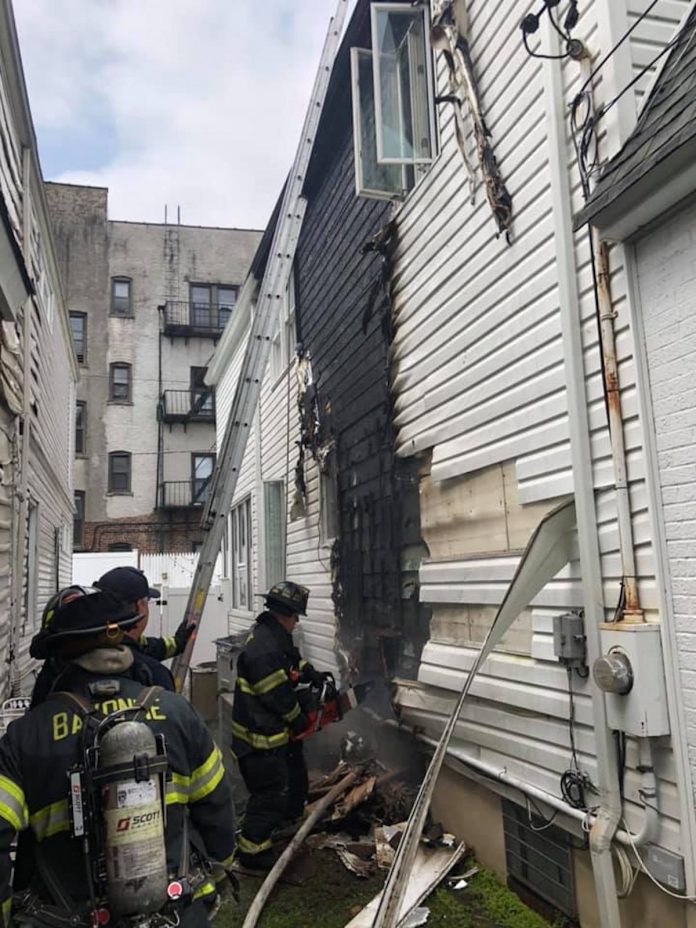 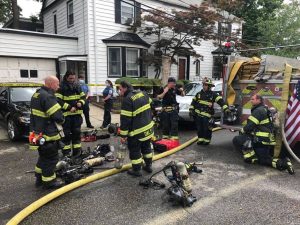 “Firefighters were dispatched to 8 Roosevelt Terrace at 10:59am this morning on a report of smoke alarms. Due to a numerous 911 calls, the box was upgraded to a fire call.
Arriving units found heavy smoke and fire on the side of 8 Roosevelt Terrace. Firefighters used several hand lines to extinguish the blaze, which was declared under control at 11:30am. No injuries were reported. A fire investigation is underway, however, the cause does not appear to be suspicious at this time.” 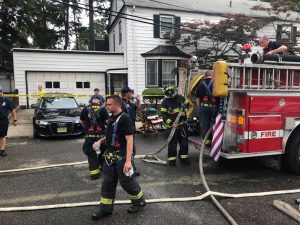 Deputy Chief Bartos continued, “Today is another example of how our firefighters use their speed and skill to protect our residents. Although initial units were faced with heavy smoke and fire, they knocked this fire down with minimal damage to the interior of the home and kept the neighbor’s house from catching fire, in spite of their siding already melted from the radiant heat.”