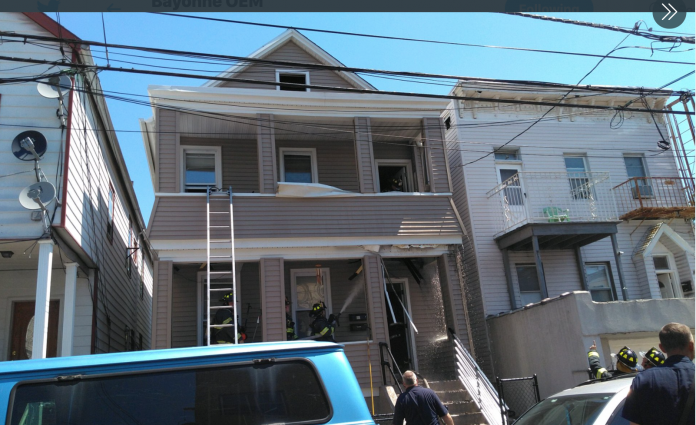 A second floor porch fire at a home in Bayonne caused little damage on Tuesday morning according to Fire Chief Keith Weaver.

When firefighters arrived at 85 West 20th Street shortly after 11 a.m., they found flames on the second floor, front porch of the two-and-a-half story, residential home.  The structure is home to two families.

According to a statement released by Chief Weaver, damage was contained to the porch area.  “A fire investigation was completed, however, the blaze is not considered suspicious in nature.”

The Bayonne Building Department permitted all of the structure’s occupants to return to their residences because the damage was limited to the outdoor porch.  Chief Weaver added, “Our firefighters acted swiftly and decisively to contain this fire to the porch area and prevented its spread into the residence.”

A handline was used by firefighters to extinguish the fire, which was declared under control in approximately ten minutes.