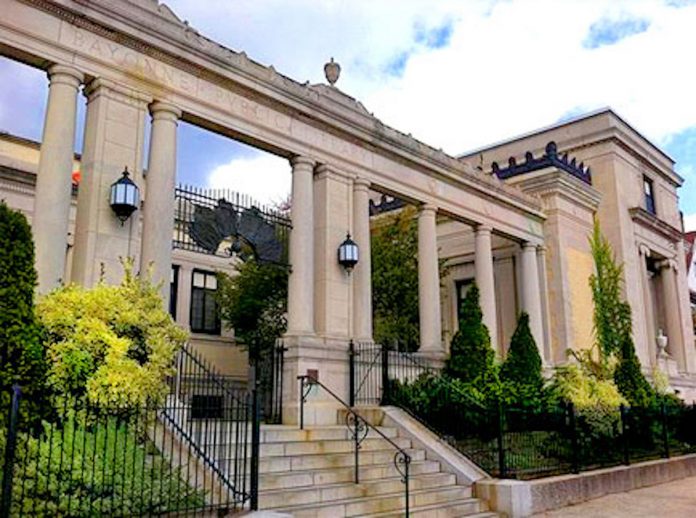 Two Films, The Eyes of Tammy Faye and Sing 2, Showing at Bayonne Library on July 20

At 1:00 p.m. on that date, the library will screen The Eyes of Tammy Faye, a biographical drama based on the life of televangelist Tammy Faye Bakker.  The film stars Jessica Chastain, Andrew Garfield, Cherry Jones, and Vincent D’Onofrio.  This film is rated PG 13.  It has a running time of 2 hours 6 minutes.

At 6:30 p.m. on July 20, the library will present Sing 2, a computer-animated jukebox musical comedy.  The action revolves around a musical show at a theater.  The movie features numerous stars including Matthew McConaughey, Reese Witherspoon, Scarlett Johannson, Halsey, Bono, and Nick Offerman, This film is rated PG.  It has a running time of 1 hour 50 minutes.

Both films will be shown in the O’Connor Gallery on the library’s second floor.  The library is located at 31st Street and Avenue C.