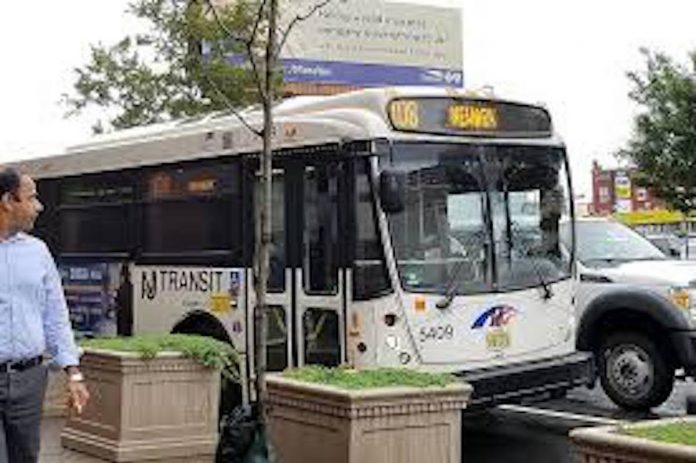 Bayonne Police Captain Eric Amato reports that 34-year old, Crystal M. Tucker of Danforth Avenue in Jersey City was arrested and taken into custody at 10:45 Tuesday morning from the area of 29th Street and Avenue C.  According tp Captain Amato, officers responded to the area of 1st Street and Broadway on a report of an aggravated assault.

Upon arrival, police spoke with the victim, a 52-year old bus driver for NJ Transit.  The victim reported that while operating his bus in the area of 25th Street and Avenue C, Tucker attempted to exit the bus.  Before exiting, Tucker threw a screwdriver at the driver but it never made contact with him due to the plexiglass barrier surrounding the driver’s area.

Tucker then exited the bus and the victim continued to operate the bus going southbound, ultimately reporting the incident to an officer on 15th Street and Broadway.  That officer immediately broadcast a be-on-the-lookout alert, which included a description of Tucker, to all available units.

Approximately one hour later, the victim, still operating his bus, observed Tucker in the area of 29th Street and Avenue C and notified police.  Police arrived, located Tucker, and conducted an investigation which led to her being positively identified as the actor.

Tucker has been charged with Aggravated Assault and Possession of a Weapon for an Unlawful Purpose.