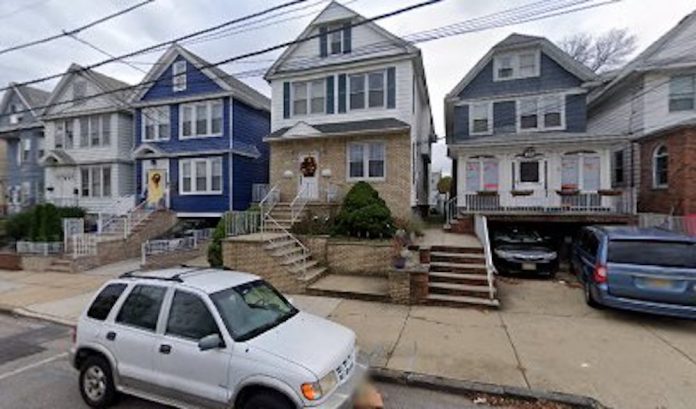 70-year old James S. Cooper of West 49th Street in Bayonne was arrested by Bayonne Police on Friday, October 28, 2022 near his home.  According to Captain Eric Amato, at 10:35 am, a Sergeant on patrol in the area of West 48th Street monitored a call for a pedestrian struck in the area of 26 West 48th Street.  Simultaneously, he was flagged down by an individual who alerted the Sergeant that his co-worker, who was actively collecting garbage, was struck by a vehicle which was currently attempting to flee the scene.

Amato says the Sergeant immediately responded to the scene and observed the striking vehicle actively attempting to flee.  He repeatedly commanded the driver, later identified as Cooper, to cease his attempts to flee, but Cooper ignored the commands. Cooper ultimately was able to flee and during the course of fleeing, nearly struck the Sergeant with his vehicle forcing the Sergeant to quickly leap out of the way to avoid being pinned between Cooper’s vehicle and the garbage truck.

A description and license plate number was broadcast to all units while the Sergeant made contact with the sanitation worker that was struck.  The victim advised him that as he was collecting garbage, Cooper’s vehicle struck him and pinned him between Cooper’s vehicle and the garbage truck.  Cooper ultimately reversed his vehicle, freeing the victim, and offered him money for what he had just caused.  The victim refused to accept the payment and Cooper then began his attempts to flee.

An investigation led to Cooper’s address being determined as officers responded there to attempt to make contact with Cooper.  At the residence, officers located Cooper at home where he was positively identified by the responding Sergeant as the operator of the suspect vehicle.

During the investigation, Cooper was suspected of operating his vehicle while under the influence of an intoxicant and subjected to field sobriety tests which ultimately resulted with him being charged with D.W.I.  In addition to the below listed charges, Cooper was additionally issued numerous traffic summonses.  As a result of the collision, the victim suffered minor injuries to his legs and abdomen and was transported to an area hospital for treatment.

The charges against Cooper are D.W.I., Aggravated Assault (on a LEO), Assault by Auto, Obstructing a Governmental Function and Compounding.