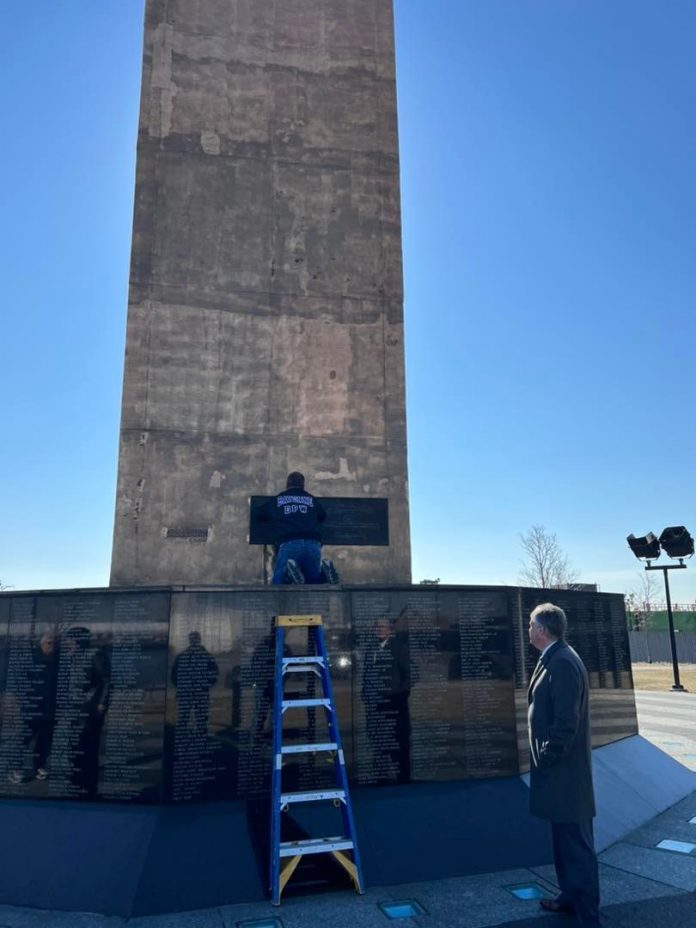 With rumblings circulating that Bayonne should take down the Tear Drop memorial, which was a gift from Russia to the City commemorating 9-11, in the wake of Russia’s invasion of the Ukraine, Mayor Jimmy Davis took to social 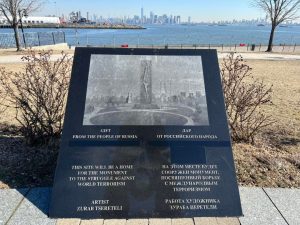 . media today to announce the following:

Bayonne is home to a beautiful monument commemorating the lives lost on September 11, 2001. “To the Struggle Against World Terrorism” was created by Russian artist Zurab Tsereteli, and was a gift to Bayonne from the people of Russia. This monument, located at the end of the former Military Ocean Terminal, is a reminder for us to never forget the incredible loss of life on that fateful day. 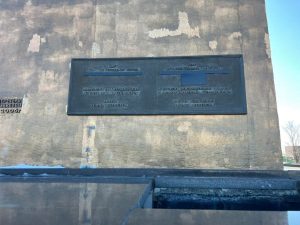 Recently, there has been some discussion on removing the monument because Russian President Vladimir Putin’s name appears on two plaques at the park. I want to be clear, we will NEVER take down this monument! We have, however, taken steps to cover the name of Putin, due to his recent actions against the people of Ukraine.
Today, DPW has placed covers over Putin’s name, both in English and Cyrillic, on two plaques. I directed this action to be taken so that we don’t deface this honoring of the victims and families of 9/11/01, and we show our support with the people of Ukraine.