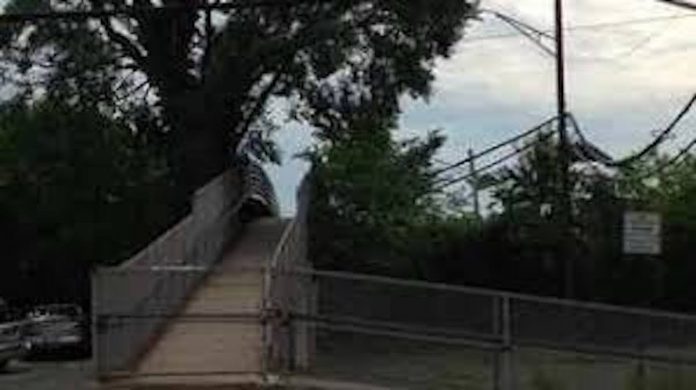 It’s been falling apart for years.  The East 25th Street pedestrian bridge in Bayonne, which crosses over railroad tracks between Avenue E and Prospect Avenue on the city’s east side, is finally going to be fixed.  The City Council has awarded a $2.6 million contract to Grade Construction to do the rehabilitation.

According to Council President Sharon Ashe-Nadrowski, the bridge is one of three that are going to be repaired.   The cost is being partially paid by the developers of two, nearby residential projects.  The Council President believes more pedestrian bridges over Route 440 are also needed, as evidenced by the number of pedestrian deaths which have occurred by people trying to run across the highway unsuccessfully.

The other two, trans-track bridges over the light rail and freight lines are located at East 30th and East 22nd Streets.

According to the City Council, previous attempts to repair the bridge were unsuccessful.  The renovation will include elevator installations and new stairs, as well as handicapped ramps and concrete curbs on both ends of the bridge.