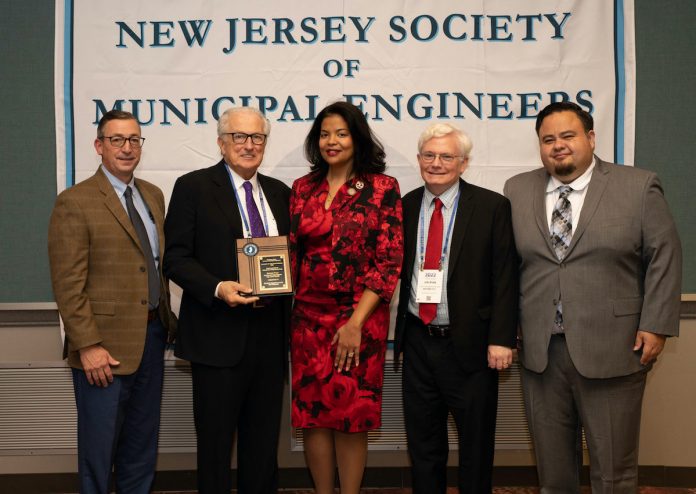 The New Jersey Society of Municipal Engineers has given the Consulting and Municipal Engineering Associates (CME) a Project of the Year Award for the renovations at Fitzpatrick Park in Bayonne.  The award is in the organization’s category of Municipal Design Projects in places with populations above 20,000.  Mayor Jimmy Davis said, “I would like to congratulate CME for this award, which recognizes the high quality of our recent renovations at Fitzpatrick Park.  These renovations are an important part of our Administration’s program of improvements throughout the Bayonne municipal park system. We are very proud that the Fitzpatrick Park renovations have won statewide recognition.”

The renovations at Fitzpatrick Park include new playground equipment, a hockey rink, game and picnic tables, and stormwater management upgrades.  The playground has new structures with Police Department and Fire Department themes.  These structures honor the former Police and Fire Headquarters Building that stood on the site for most of the twentieth century.

A panel of five engineers served as the judges for the awards event, which recognized fifteen projects across the state in a variety of categories.

CME also received awards for designing a wastewater treatment plant upgrade in Allentown and managing a project at a firehouse in Holmdel.

The awards were presented in a ceremony at the recent New Jersey Society of Municipal Engineers Awards Luncheon at the Atlantic City Convention Center.  The ceremony took place at the 2022 conference of the New Jersey State League of Municipalities.