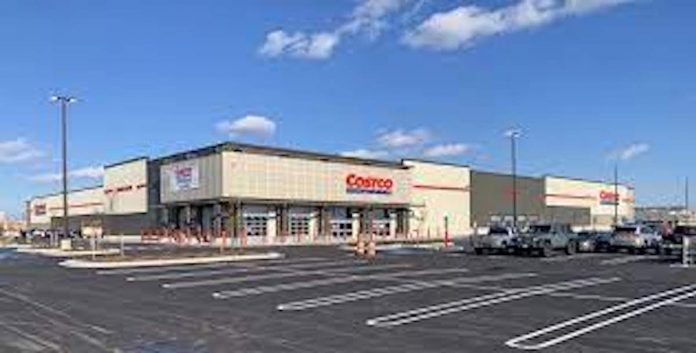 It may have seemed like Bayonne Mayor Jimmy Davis had returned to a previous life, a time when he was a police officer.  According to Bayonne Police Captain Eric Amato, the Mayor helped police apprehend a man who stole a woman’s purse on Election Day.

According to Amato, 19-year old Newark resident Pedro Henrique and a 17-year old, male, Newark juvenile were taken into custody at 5:17 on Tuesday afternoon in the area of Communipaw Avenue and Route 440 North.  Officers responded to the Costco at 21 Goldsborough Drive on a report of a pedestrian being dragged by a vehicle.  Upon their arrival to the parking lot of Costco, the officers were met by the 60-year old female victim and a companion who stated that the victim had just been robbed of her purse.

The on-scene investigation determined that as the victim and her companion were standing at the rear of their parked vehicle loading recently purchased items into the trunk, a maroon colored vehicle pulled next to them.  Two male passengers exited the vehicle and attempted to take possession of the victim’s purse from a shopping cart.  The victim and her friend quickly grabbed the purse in an attempt to regain possession of it and a struggle ensued.

The two were eventually pushed away as the actors entered the vehicle to flee.  At this time, as the victim reached into the suspect vehicle in another attempt to regain possession of her purse, the vehicle began to drive away, dragging the victim several feet across the pavement until she was pushed off.  The vehicle then fled the scene with the victim’s purse in the actors’ possession.  As a result of being dragged, the victim suffered head and facial injuries as well as lacerations and abrasions to her arms.  A description of the actors and the vehicle was immediately broadcast over the police radio system.  Using an app to ascertain the location of the victim’s cell phone, which was inside of her purse, officers were able to ping the location in the area of Linden Avenue in Jersey City.

Driving in his vehicle with Edoardo Ferante and Bayonne Fire Department Chief Keith Weaver, almost immediately following the description broadcast, Bayonne Mayor James Davis advised police dispatch that he had heard the description of the suspect vehicle and was currently behind the vehicle in the area of Route 185 and Linden Avenue.  He proceeded to follow the vehicle into the area of Communipaw Avenue and Route 440 North as he awaited Bayonne Police to respond to his location while stopped at a red traffic light.  As the light turned green, and after observing the arrival of multiple Bayonne Police units, Mayor Davis exited his vehicle in an attempt to engage the driver.

Upon observing the presence of the police, the driver of the vehicle exited the vehicle and fled on foot over the center median and Route 440 South.  The passengers, later identified as Henrique and Juvenile 1, were unable to flee and were taken into custody without incident.  The victim’s purse was located inside of the vehicle as well as another wallet that had been reported stolen out of Jersey City earlier in the day.

An extensive search conducted by the Bayonne Police Department, Jersey City Police Department, and the Hudson County Sheriff’s Department of the area for the driver that had fled was met with negative results.  Officers were also able to locate and retrieve the victim’s cellphone in the area of Linden Avenue where it was discarded by the actors as they fled.  A cellphone belonging to one of the actors was also recovered from the Costco parking lot.

The two Newarks suspects have been charged with robbery and endangering an injured person.