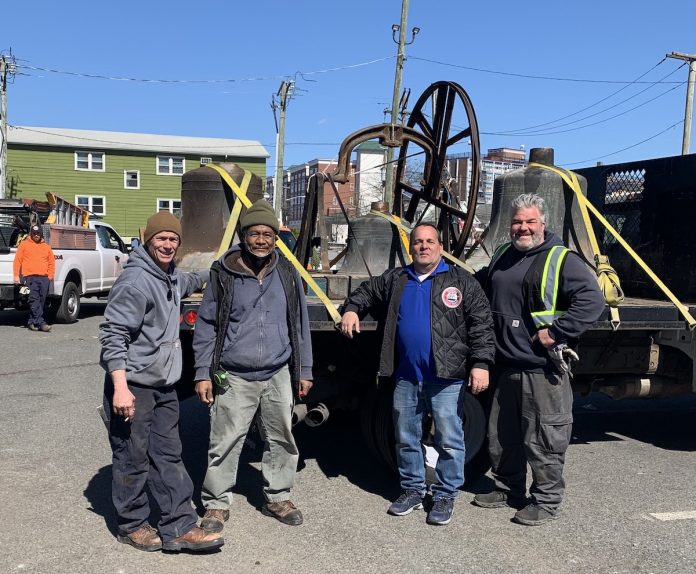 The bells from the former St Joseph’s Catholic Church of Bayonne were placed on a truck last week which left the city for Cincinnati, Ohio.  That’s where the bells will be polished and prepared for their new home in the soon-to-be- constructed bell tower in Fitzpatrick Park.

That park is located on Avenue C between 26th and 27th Streets, across the street from City Hall.  The park is named after former Mayor Francis G. Fitzpatrick. Mayor Jimmy Davis’s Administration saved the bells, so that they would be preserved for future generations in their new home.