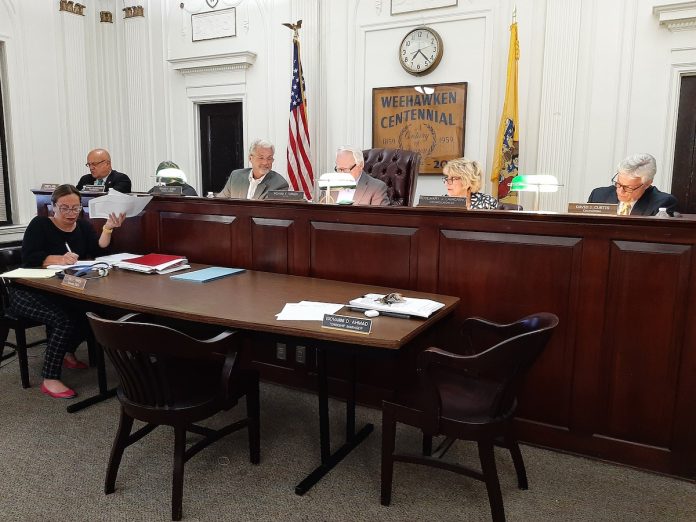 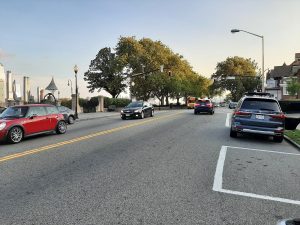 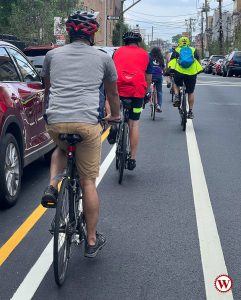 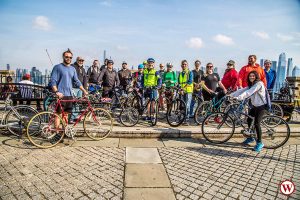 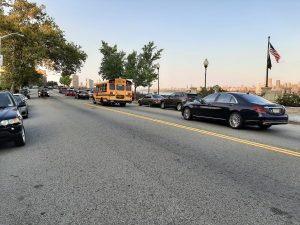 The group wants the township of Weehawken to create the lanes, both north and south, to make the heavily-used thoroughfare safer for motorists, cyclists and pedestrians.  They point to the creation of such lanes in neighboring municipalities, such as Hoboken, Jersey City and Union City, where streets such as Palisade Avenue and Bergen Avenue have added the bike lanes. 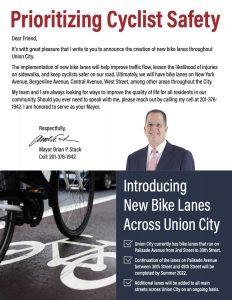 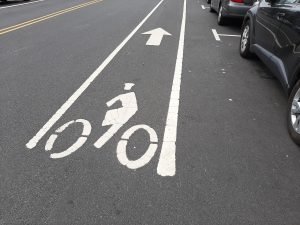 “We’re excited to share that our organization has recently had an encouraging dialogue with the Weehawken Township Council this week. We’re optimistic with what we hear about the progress being made on having a bicycle lane on JFK Boulevard East and the interest in making Weehawken overall, safer by considering Vision Zero principles.

As you may know, JFK Boulevard East is designated as a High Crash Corridor by Hudson County, and is where George Clooney even got into a motorcycle accident on back in 2007. Using the guidelines in the NJ DOT bicycle safety action plan, and the 2012 Hudson County Complete Streets Resolution as a guide, we’ve wanted to help Weehawken become a leader again, as all neighboring communities are rapidly taking on this position including nearby Union City with more bicycle lanes being installed. While we’ve had a great history beginning with the Hudson Wheelmen who advocated for Boulevard East in Weehawken over a hundred years ago, which we’ve continued advocating for to preserve that history and we acknowledge that history itself is not enough to carry us forward without action. Our next action is to have a meeting with the Weehawken Township Council so that we can consider Vision Zero principles in the goal of creating a Weehawken Master Plan with a Complete Streets Resolution.”

Weehawken Mayor Richard Turner told Hudson TV earlier in the week, prior to the Council meeting, that the Township will continue to explore the bike lanes with county officials, but a major concern is that parking spaces not be lost as a result of any creation of bike lanes.