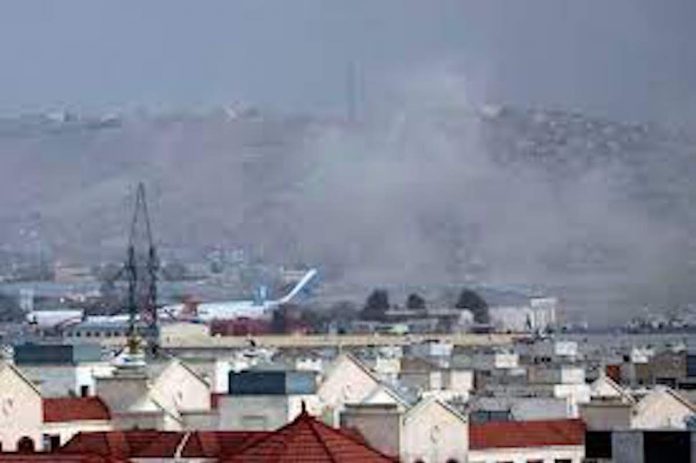 President Joe Biden has vowed to continue evacuations from Afghanistan after explosions in Kabul killed 12 U.S. service members, injured 15 U.S. Marines and said the United States will retaliate against those responsible for the bombings.

During a Thursday address from the White House, the President stated, “To those who carried out this attack, as well as anyone who wishes America harm, know this — we will not forgive, we will not forget, we will hunt you down and make you pay.”The Associated Press is reporting that more than 60 Afghans died as a result of the explosions.  The President, in his remarks, said U.S. intelligence had determined that militants from ISIS-K, an affiliate of Islamic State in Afghanistan, were likely behind the blasts.

According to White House Press Secretary Jen Psaki, Biden is standing by his plan to withdraw troops by August 31, saying keeping them longer would endanger more lives and require reinforcements. Biden didn’t consider shifting the deadline after the deaths.

“My thoughts are with the families of the twelve Marines killed and fifteen injured by terrorist attacks at the airport in Kabul. These service members had been working tirelessly to evacuate Americans and Afghans at risk, despite increasingly dangerous conditions and the growing risk of terrorist threats. U.S. service members are doing all they can to support the evacuation mission and I commend their heroic service.

The attacks at the airport in Kabul have exacerbated the desperation of Afghans fleeing Taliban rule. Afghans have been crowding outside the airport in the hopes that they may be able to get through the gate and escape the danger they face in Afghanistan. Many of those people waiting at the gate have served the U.S. and international forces, worked on a U.S. funded project to support human rights and education, or worked for the Afghan government. They live in fear that they will be targeted by the Taliban because of their support for the United States. Many of them have family members and loved ones in the U.S. advocating on their behalf, and I greatly appreciate their efforts to help.

As the evacuation effort continues, it is imperative that Americans and Afghans alike are able to reach the airport to evacuate. However, no one should attempt to approach the airport without specific instructions from the evacuation team on the ground. It is clear that crowding near the airport is unsafe for Afghans and U.S. service members. This is an incredibly difficult mission, and the State Department and Department of Defense must work diligently to coordinate the evacuation ofAmerican citizens, legal permanent residents, and at-risk Afghans.”

Senator Robert Menendez, the Chairman of the Foreign Relations Committee added, “I condemn in the strongest and most forceful of terms today’s attacks targeting U.S. citizens, personnel, and vulnerable Afghans trying to flee Afghanistan.

“I understand that American personnel were among the casualties and my prayers are with the victims of this cowardly attack and their families. As we wait for more details to come in, one thing is clear: We can’t trust the Taliban with Americans’ security.

“This is a full-fledged humanitarian crisis, and the U.S. government personnel, already working under extreme circumstances, must secure the airport and complete the massive evacuation of Americans citizens and vulnerable Afghans desperately trying to leave the country.”