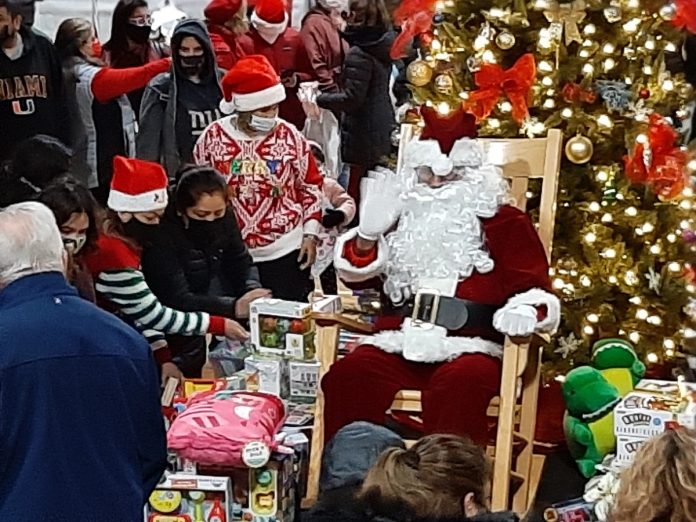 GO TO FACEBOOK.COM/HUDSONTV TO SEE VISEO OF THIS MORNING’S EVENT

Today in Union City, a 41-year tradition continued.  The Brian P. Stack Civic Association began the first of two days of handing out toys to local children.  It began this morning at the Washington School in Union City, as well as at the Edison School.

This afternoon the toy giveaway moved to the Colin Powell and Robert Waters Schools.  Hundreds of volunteers gave of their time to pass out a new toy to children from Union City.  Unfortunately, according to Civic Association head Justin Mercado, this year, due to the recent spike in COVID, there was not holiday entertainment provided at each venue.  Just the handing out of toys. 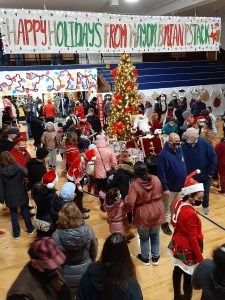 On Sunday, more toys will be handed out to children at 5 locations in Jersey City and also in Hoboken, both of which lie in Stack’s 33rd Legislative District in his role as a State Senator.

According to Mercado, more than $125,000 worth of toys were purchased by Association volunteers for distribution this weekend to area children.