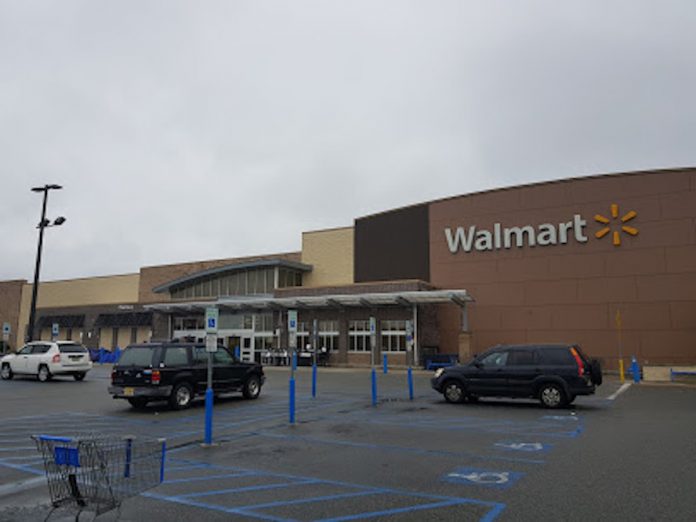 Bayonne Police Captain Eric Amato says Martin Love, a 38-year old from St. Petersburg, Florida, was taken into custody at 11:32 yesterday morning from the area of Bayonne Crossing Way.  Amato says officers responded to Walmart on a report of a shoplifter that had brandished a pair of scissors while Walmart loss prevention (LP) officers attempted to stop him and retrieve shoplifted merchandise.

According to the Walmart LP officers, after observing Love attempting to leave the store with a shopping cart loaded with the shoplifted merchandise, Love pushed the cart toward one of the officers and a struggle for the cart ensued.  During the confrontation, Love brandished a pair of scissors and attempted to stab the LP officers by lunging at them but the victims were able to avoid being stabbed.

Love then fled the store with some of the shoplifted merchandise that had fallen from the cart onto the floor.  Officers were able to locate him a short distance away in the parking lot where he was positively identified as the actor of the robbery.  A search incident to arrest led to the recovery of the scissors and shoplifted proceeds.

He was charged with: