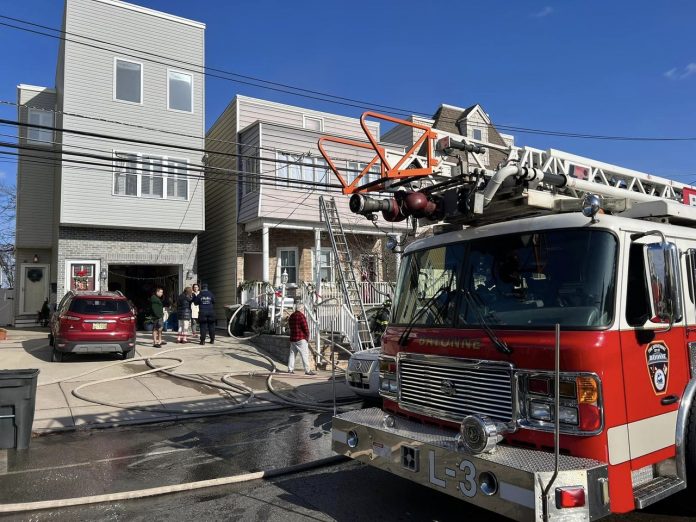 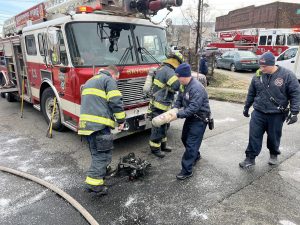 Here is the statement from Bayonne Fire Chief Keith Weaver on Saturday’s one-alarm blaze:
“At 12:29pm today, the Bayonne Fire Department was dispatched to a reported oven fire at 33 East 48th Street. Arriving companies found heavy fire in the kitchen of the 2nd floor apartment of the two-family home. Firefighters used two handlines to extinguish the blaze, which was brought under control at 1:06pm. The building department has deemed the structure temporarily uninhabitable, due to fire and water damage, leaving 8 occupants under the care of Bayonne OEM and the Red Cross. No injuries were reported. A fire investigation is underway, however, the fire appears accidental in nature.
Once again, our firefighters responded quickly and decisively to keep this fire contained to the kitchen area of the second floor, and prevented its spread throughout the structure and to nearby homes.”