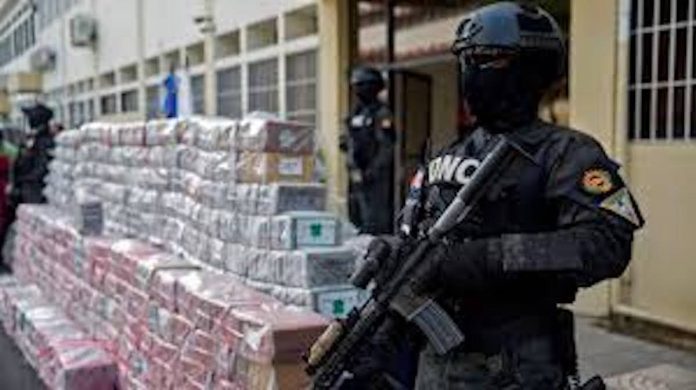 It’s one thing for the voters of New Jersey to pass a public question on the legalization of recreational marijuana use, it’s quite another thing to see a senator trying to get a bill through Congress legalizing cocaine.  OK, the senator is not from the United States.  He’s from the South American nation of Colombia.  Senator Ivan Marulanda is currently attempting to get a cocaine legalization bill through his nation’s Congress.

Americans can only hope that any similar attempt to legalize cocaine use in this country is shut down.  As I said, it’s one thing to legalize recreational marijuana use, it’s another to…

Marulanda’s bill would see his country’s government buy up and then sell its cocaine production industry.  Four decades of United States-backed, anti-drug policy criminalizing the coca leaf would be targeted if this Senator’s bill should become law in Colombia.

The proposed bill would not be for recreational use, rather, it would legalize cocaine use for pain relief.   Don’t we have enough problems in the United States with opioid addiction?  Hopefully our nation isn’t “stupid.”

Marulanda believes the same thing can happen in his country as in Bolivia, where 200,00 illegal coca farmers came out of hiding to join a legal, homegrown industry.  But is this something we would want in the U.S.?

In an article in VICE, Marulanda says, “There are 200,000 farmer families linked to coca growing. The state would buy coca at market prices. The programs for coca eradication each year cost four trillion pesos ($1 billion). Buying the entire coca harvest each year would cost 2.6 trillion pesos ($680 million). It costs less to buy the harvest than to destroy it.

With that intervention from the government, two fundamental things would happen. First, you would bring 200,000 families into a legal sphere where they would no longer be persecuted by the state. Usually, these farm families end up displacing themselves, deforesting new areas, and re-planting coca while they’re running from the authorities. Second, Colombia is destroying around 300,000 hectares of forest per year. It’s estimated that coca-growing families are responsible for 25 percent of that annual deforestation. Colombia’s ecosystems are the collateral damage.”

Asked what he thinks the United States would say if there were a legal cocaine trade in Colombia, and the Senator states, “The U.S. has been an important partner for Colombia. We’ve been going 40 years with a policy that costs billions of U.S. dollars with zero success and so much cost and destruction. Let’s try out this other policy. Because something that hasn’t worked in the last 40 years is something that’s just not going to work.

The United States is just like Colombia. We’re throwing away enormous quantities of money on the war on drugs in the garbage, instead of dedicating it to social and human development in order to improve peoples’ well being.

The scenario for relations between Colombia and the United States will be very different [under President-elect] Biden.”

So, the question remains, Is this something we want in the United States?  Don’t we have enough of an addiction problem already?

A legalized cocaine trade?  Wouldn’t the negatives outweigh the positives?

Just food, rather, drugs for thought.