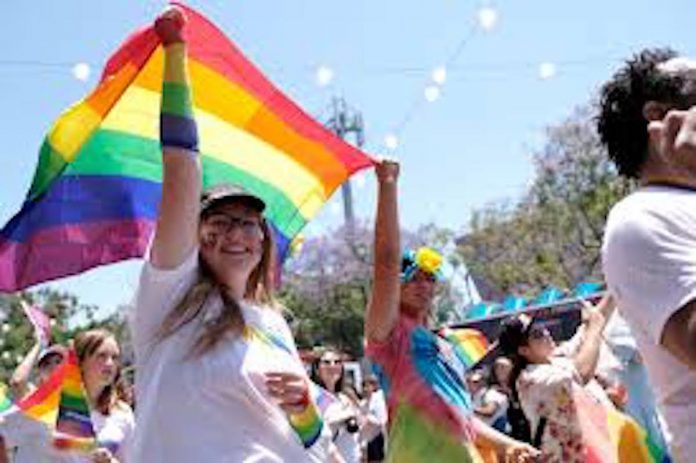 JERSEY CITY – Mayor Steven M. Fulop announced this week that for the 8th consecutive year, Jersey City has earned a perfect score from the Municipal Equality Index (MEI), the only nationwide evaluation of LGBTQ equality regarding municipal policy, law, and services in 506 cities across the nation.  Jersey City’s perfect score of 100 out of 100 highlights the decisive steps being taken by Jersey City’s leadership to safeguard LGBTQ people, despite attempts by some officials on higher levels of government to roll back crucial protections.

“We’ve worked to build a more inclusive and welcoming city, and have become known as such with one of the largest LGBTQ communities in New Jersey,” said Mayor Fulop. “From signing an executive order to make all municipal bathrooms gender neutral to becoming the first in the state to add transgender healthcare coverage for city employees, our progressive efforts continue to elevate our diverse community, and receiving another perfect score reaffirms our commitment as we have become a national model for promoting equality.”

The MEI rated 506 cities nationwide, assessing each city on 49 criteria covering citywide non-discrimination protections, policies for municipal employees, city services, law enforcement, and the city’s leadership on LGBTQ equality.  Jersey City was among the top performers with perfect scores in all categories. The average score for cities in New Jersey is 85 out of 100 points, which falls above the national average of 64.

“The results of this year’s Municipality Equality Index show definitive evidence that our local leaders across the nation are standing up for equality. But, there is still much more that can be done,” said Human Rights Campaign President Alphonso David. “There is no question that the Trump administration made every effort to attack laws aimed to protect LGBTQ people, and our cities have responded with inclusivity and innovative public policy.  Adopting the measures outlined in the MEI will not only help cultivate more united and safe communities, but it will foster economic growth by signaling to residents, visitors and outside investors that their region is welcoming to all.”

“As we come to the end of a truly unique year, this report on LGBTQ equality at the local level provides our community with hope — hope for the continued progress and resilience of the LGBTQ state-based movement. Its scores allow cities and the advocates on the ground to take stock of their progress, marking important steps forward to achieve equality for LGBTQ people and our families. It is critical that the work to advance protections for LGBTQ people continues at the state and local level,” added Rebecca Isaacs, Executive Director of Equality Federation Institute.

The MEI is conducted by the Human Rights Campaign (HRC) Foundation, the educational arm of the nation’s largest lesbian, gay, bisexual, transgender and queer (LGBTQ) civil rights organization, in partnership with the Equality Federation Institute. The full report is available online at www.hrc.org/mei.