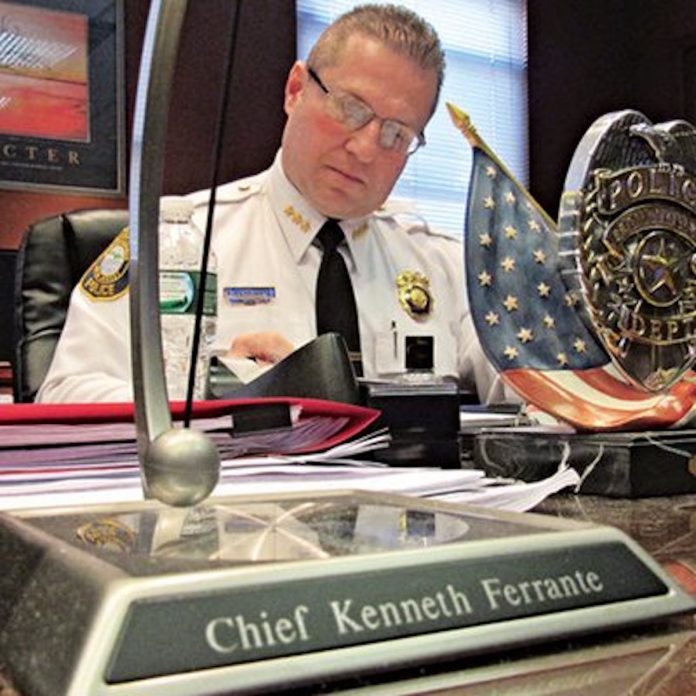 Chief Ken Ferrante
@KenFerrante
Getting ready to walk out of the office for one last time. I have loved every minute of serving the @CityofHoboken and the @HobokenPD .
Chief Ferrante officially begins his retirement from the force tomorrow after serving for 28 years in law enforcement and the past six plus years as head of the Mile Square City’s force.  He announced he would be stepping down late last month, saying there was nothing left for him to accomplish.

The Chief, not yet 50 years old, has lived in Hoboken his entire life.  Ferrante’s policing career started in Hoboken as a patrolman. He later became a supervisor.  He served two years as Coordinator of Hoboken’s Office of Emergency Management.  During major events, such as Superstorm Sandy and Hurricane Irene, he served as a commander.

He was a lieutenant before becoming Chief in December, 2014.

Everyone in Hoboken today is giving a hearty salute.