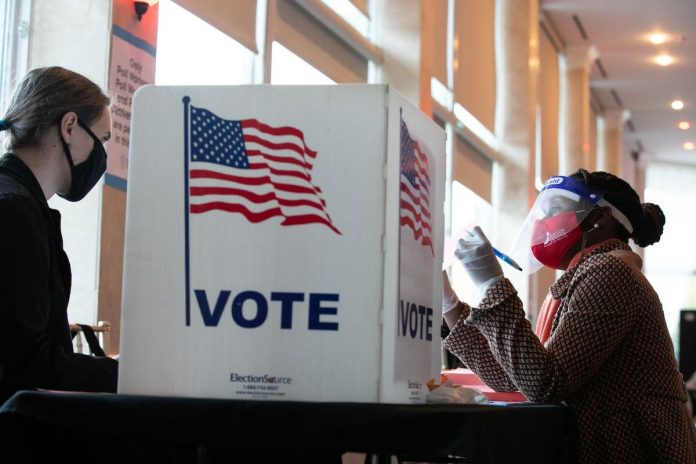 The bill imposes a new ID requirement on those wishing to vote by mail and tightens the  deadlines on mail ballots.  In addition, it also restricts mail ballot drop boxes, bans provisional ballots for votes cast in the wrong precinct, and allows for the state takeover of election administration from county election boards if it deems such interventions are necessary.

Congressman Albio Sires (D – District 8) took major exception to the new law signed by Georgia’s Republican Governor, stating, “American democracy is built on the belief that all individuals have the right to decide their political future. Unfortunately, Republicans in the Georgia legislature have decided that open and fair elections are electorally inconvenient for them and have instead passed measures to restrict access to ballots. The bill signed by Governor Kemp is reminiscent of Jim Crow era suppression and part of a larger effort by state Republicans across the country to suppress voters and limit people’s voices from being heard in the political process.”

Congressman Sires continued, stating, “Measures in this bill include ID requirements to request an absentee ballot, a shorter period of time to request ballots, fewer drop box locations, and allowing any individual to make unlimited challenges to election results. Troublingly, the legislation also strips the Georgia Secretary of State of many powers of the office and essentially gives the legislature full authority over confirming election results. Additionally, the bill makes it illegal to partake in ‘line-warming’ activities at polling places, prohibiting the distribution of water and food to voters waiting in line to vote, a clear attempt to discourage people from voting.”

The Hudson County Democrat added, “Attacks like this on our voting system is exactly why I voted in favor of H.R. 1, the For the People Act, which passed the House earlier this month. H.R. 1 is groundbreaking legislation that secures our voting systems, increases access to ballots, and guarantees voter protection. H.R. 1 would enact automatic voter registration, create a national voter protection hotline, expand access to early voting, and many other provisions aimed at expanding access to voting. Our democracy is more perfect when more people participate, we cannot let these suppressive bills purge voters of their civic rights.”