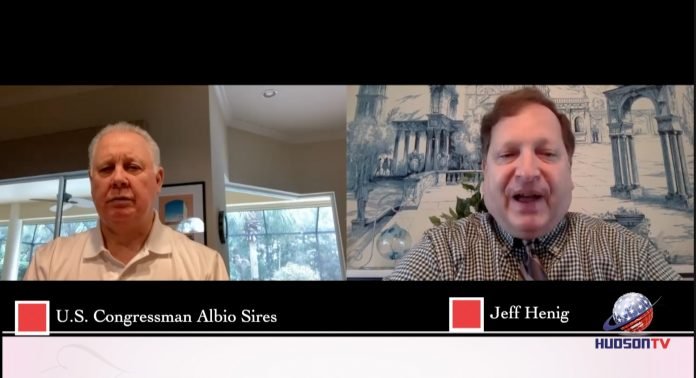 As was first reported by New Jersey Globe late Sunday night, Democratic Congressman Albio Sires of the 8th District will not be seeking re-election to another term in November, 2022.  Having been a member of the House of Representatives since 2006 when he replaced Robert Menendez, who was chosen by Governor Jon Corzine to fill the US Senate seat he had vacated to become Governor., Sires says the time is right for retirement.

Jeff Henig spoke with Congressman Sires about his decision; what factors went into the decision and who he’d like to see succeed him in the House.  Although the filing deadline to run for the Primary Election next summer is months away, Sires echoes the speculation of many Democrats in Hudson that Senator Menendez’s son, Rob, Jr., an attorney and Port Authority Commissioner, is the perfect choice to succeed him.  Menendez, Jr. is not even a declared candidate at this point.