Hoboken Mayor Ravi Bhalla announced this week that his Administration has reached contract agreements with the police union, Patrolman’s Benevolent Association Local 2 and Fire Fighters Local 1078.  The contract agreements provide the city with good financial news due to health care cost savings and the waiving of backpay for three years for current employees.

Both unions had been working under an expired contract for the past four years.  The new contracts will run from Jan. 1, 2018 through Dec. 31, 2023. 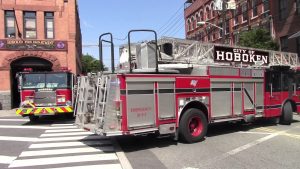 The PBA and Firefighters’ contracts provide cost savings to the City by waiving backpay for three years for current employees, along with an agreement to make adjustments to health benefits that mutually benefit the City and employees. The contracts provide for modest pay increases in 2022 and 2023, appropriately compensating the public safety officers for their service.

“I’m glad to share that we have come to an agreement with two of our valued unions that not only provides a fair contract to our frontline public safety employees but also includes multi-million dollar savings to the Hoboken taxpayers,” said Mayor Ravi S. Bhalla. “Thank you to the leaders of the two unions, Police Officer Marc Marsi and Firefighter Tom Worley, for working with my administration on these contracts.”

Both union memberships have ratified the agreement, and the City Council unanimously approved the agreements at its regular meeting on Wednesday, Feb. 2.

The PBA and Firefighters have agreed to change the structure of the City’s health benefits to mirror the plan that is offered by the State of New Jersey. This enables the City to save millions on health insurance costs while still offering members high-quality health insurance.