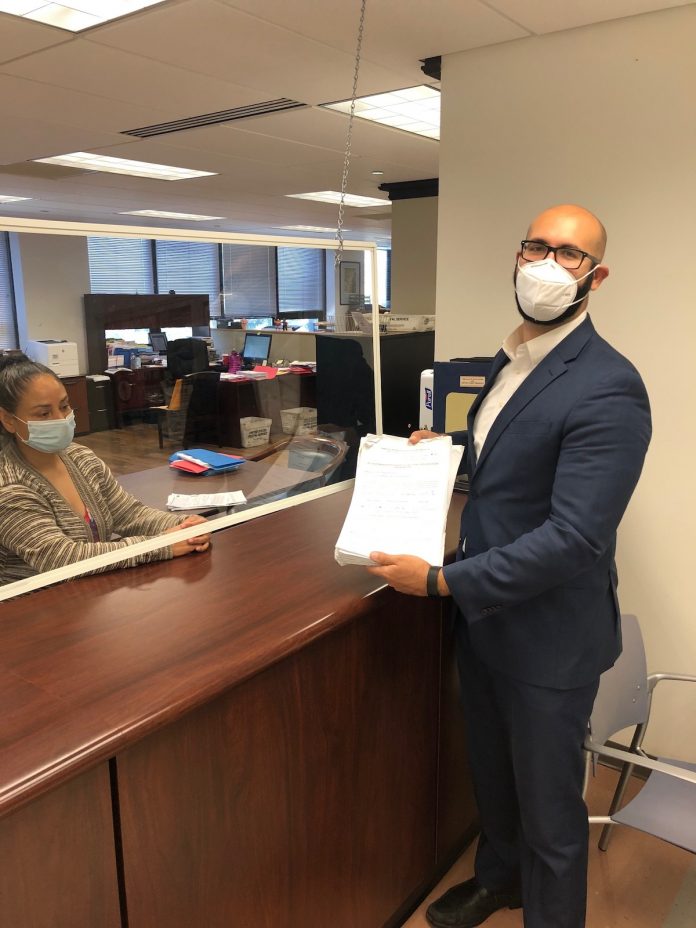 On November 3, as we vote for the Office of President of the United States, there are other races to consider.  If you are a resident of Jersey City and live in Ward D in the Heights section, you will also be voting in the special election.  The Special Election is needed to complete the term of former Councilman Michael Yun, who tragically died from COVID-19 earlier this year.

Today, Yousef Saleh, who was appointed by the Jersey City, City Council following Yun’s passing, and has the backing of Mayor Steven Fulop, filed more than 1,000 nominating petitions, over ten times the amount needed for placement on the ballot. As of this date, the only other announced challenger for the Ward D Council special election is Patrick Ambrossi.

Upon filing his petitions, Councilman Saleh stated, “This outpouring of support from so many of my friends, neighbors and fellow residents of the Jersey City Heights is a true testament to the diverse coalition that is supporting our campaign, from people who grew up here to those who arrived more recently, and across all races and political backgrounds.”

Mayor Fulop stated, “Yousef is already establishing himself as a responsive, thoughtful elected official and someone that the Heights and all of Jersey City can count on.  I’m glad to see his campaign launching with such a show of strength and I look forward to continuing to support him.”

Councilman Saleh is a born and raised resident of the Heights.  During his petition filing, Saleh stated, “I want to thank each and every member of our community who signed our petition for the faith they have entrusted in me and i pledge to work as hard as I can to live up to the commitments I’ve made to them while earning the support of as many more residents of Ward Das I can.’